It’s “Game on!” after The Arrangement‘s Season 2 finale — and Terence isn’t the only one gunning to destroy Megan.

The IHM leader wants to make the actress permanently disappear. He and DeAnn come up with a plan to lure Megan to a hotel for a business meeting, where they will inject her and make her death look like an overdose. After her fainting spell, everybody already thinks she’s a drug addict, Terence reasons. He also leaks a story to the press about how Megan abandoned Kyle the night of their wedding to really sell the erratic-behavior narrative. But Megan never shows up at the hotel room… because DeAnn set up Terence! She recorded him detailing his scheme and sent the audio to Megan. Turns out DeAnn has been plotting this since she first met Megan and saw her talent. (She even arranged the audition for Megan to star in Kyle’s movie/be his wife.)

“She is my Kyle, and she’s done being held back!” DeAnn exclaims. “Now we’re going to blow Hollywood up. No more waiting, no more bulls—t. It’s our time now. It’s finally our time!” Terence calls DeAnn “dead weight” and leaves. 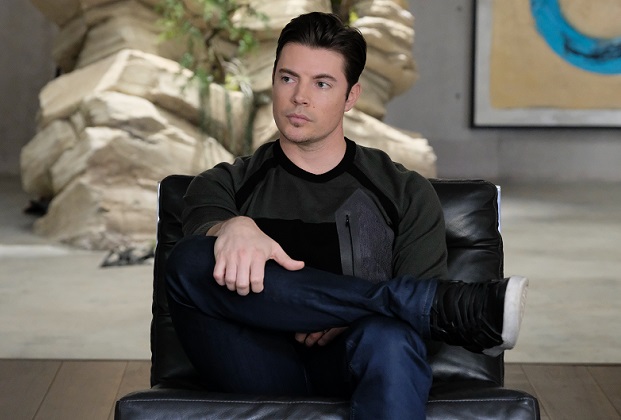 But it’s not Terence who Megan needs to be worried about. Kyle goes to the television reporter from a few episodes ago and tells her the truth about who he is, minus the IHM part, in the hopes of making things good with Megan. Terence thinks Kyle’s career is over now, but Kyle points out that Mel Gibson and Robert Downey Jr. rebounded. And it’s worth it because he wants Megan back… but she may have moved on already? The reporter tells Kyle she has a photo of Megan at Xavier’s house the night before the wedding. Kyle’s anger issues get the better of him, and he throws a chair through the glass door in his house.

“I blew my whole life up for you!” he exclaims before telling Megan that now they’re truly going to have an arrangement, on his terms. “I’m so done caring what you think. We’re going to follow the contract to the letter,” he continues. She’s going to do what he tells her, go where he tells her, and if she doesn’t, he will ruin her.

“You think you can control me? Good luck,” Megan fires back.

* Shaun reveals to Megan that she’s staying at IHM — she’s seen its potential to change lives — and she’s the one who moved Aaron and Julie. Terence rewards her loyalty by making her a partner.

* Now that Megan and Terence both have something on each other, she informs him, “We are not the same, but we are even.”

* DeAnn, Megan and Leslie (yay!) are partnering up, professionally. The more Autumn Reeser, the better, I say!

* How creepy was the binding imagery during Kyle and Megan’s elaborate IHM wedding ceremony?

What did you think of the season ender? Grade it via the poll below, then hit the comments to back up your pick!