Perhaps we’ll see them get back together, after all: ABC has renewed Splitting Up Together for a second season.

Series star Jenna Fischer announced the news in an Instagram Story on Friday: 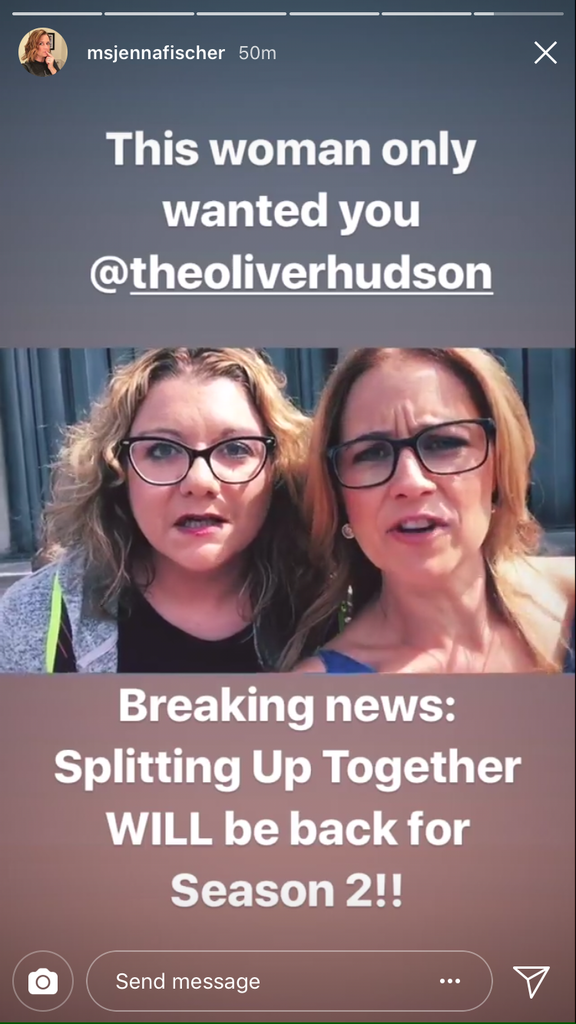 The series, which debuted on March 27, tells the story of Lena (The Office‘s Fischer) and Martin (Rules of Engagement‘s Oliver Hudson), longtime marrieds who call it quits, but continue living under one roof to coparent their three children; Diane Farr (Numb3rs), Bobby Lee (Love) and Lindsay Price (Lipstick Jungle) co-star.

Splitting Up got off to a promising start, ratings wise (7.2 mil/2.1), thanks in part to the Roseanne premiere’s boffo numbers, which had a halo effect on the rest of ABC’s Tuesday comedy block. Its most recent episode netted 3.5 mil/1.0.

This marks ABC’s fifth comedy renewal for the 2018-19 season, following pickups for Modern Family, Speechless, The Goldbergs and Roseanne. Still awaiting word on their fate are Alex, Inc., American Housewife, black-ish and Fresh Off the Boat.

Splitting Up Together wraps its freshman run on Tuesday, May 22. Your thoughts on the renewal?