The following contains major spoilers from this Tuesday’s episode of CBS’ NCIS.

This week on NCIS, with the antepenultimate episode of Season 15, the CBS drama said a bittersweet farewell to original cast member Pauley Perrette, who since Day 1 has played forensics whiz Abby Sciuto. 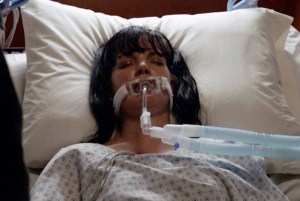 Setting the stage for Abby’s send-off was a seemingly random street mugging at the close of the May 1 episode, in which the assailant, we learned, put multiple bullets into MI6 agent Clayton Reeves and critically wounding Abby in the process. Reeves’ injuries were immediately fatal, while a hospitalized Abby clung to life for a chunk of the episode, as the team juggled sitting bedside and tracking down the shooter. But as a most fitting testament to all she deduced over the years, Abby would regain consciousness and weeks later proceed to help close the case on her own shooting, which tied back to a Season 6 case. 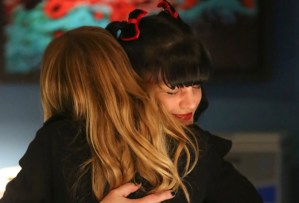 “For Abby’s farewell, it was not only important that we pay tribute to this wonderful character, but that we give her a very special departure,” co-showrunners Frank Cardea and George Schenck had told TVLine. “Not only are there heartfelt and nostalgic moments, we have a very special reveal for the fans” — in the form of our first-ever look at her majestic, legit-closeted apartment (and infamous coffin)!

At episode’s end, having learned that Reeves’ died a hero in the course of protecting her, Abby committed herself to following in his footsteps by shepherding a charity for homeless women. She accompanied Reeves’ body back to his London home before embarking on this new chapter in her life — though after heartfelt good-byes to everyone on the team, including a handwritten note, followed by an ASL farewell, to Gibbs, Gibbs, Gibbs. 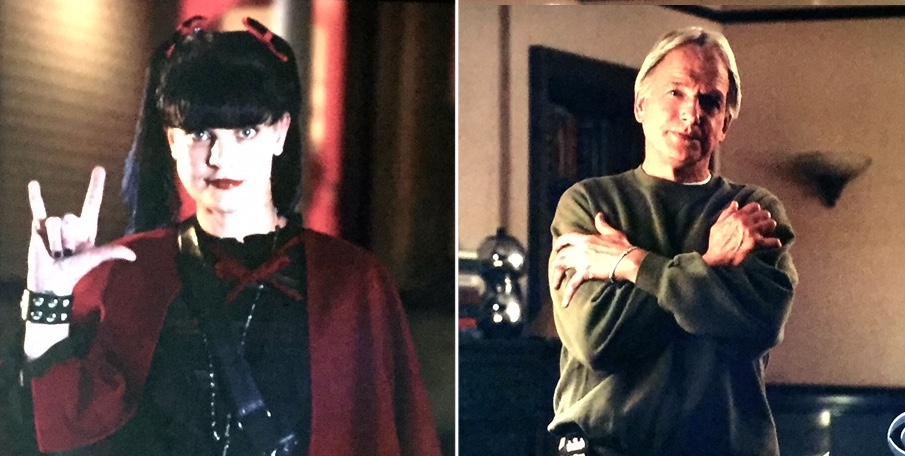 Grade the episode below, then read our Q&A with Duane Henry, who joined NCIS as Clayton Reeves at the end of Season 13. 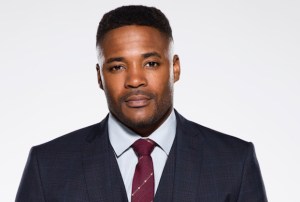 TVLINE | When did you learn of Clayton’s fate?
DUANE HENRY| Well, it’s, it’s sort of a weird one, you know what I mean? I love the show and I love being a part of it — it was a life changer, a game changer for me, and something I’ll take with me forever and ever. But I have idle thumbs, and toward the end of last year I looked around a lot and started questioning things…. My brain starts to go to other places.

Obviously there are a lot of characters in a lot of the stories [so] you have to have a lot of patience with this type of gig, and I felt like I wanted to be doing way more. I want to be out there hitting it, like every young actor does. I guess the universe sort of got wind of that.

So toward the start of the year… I sat down with the producers, and we were just talking about the character. [Former showrunner] Gary [Glasberg] was obviously “my guy” — from my first audition, he and [director] Jimmy Whitmore did that point-and-click and “You’re going to be a star, kid.” Clayton was Gary’s brainchild, he created this character. So when Gary passed [at the start of Season 14], I was feeling a bit of panic in people’s faces. I could tell that they were not really sure [what the future held]. I kind of got my bearings together and thought, “What’s going to happen now with the character?” I live in a world called You Never Know, so I’m always prepared for everything.

I lost a girlfriend who I was with over 10 years, and they let me fly home for a few days to bury her and whatever else…. I’ll have an emotional attachment to this show forever and ever and ever, so it’s always going to be a win-win situation, always. 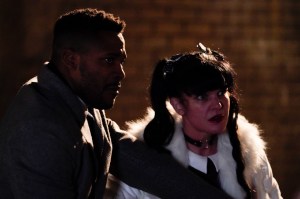 TVLINE | Were you glad to see Clayton go out the way he did?
Oh, my gosh, are you crazy? This is TV history at its finest. I have had the best exit, I think, for a show in America for somebody who’s not from here. You can’t ask for a better exit. Like, come on, man. And obviously Pauley Perrette, she’s my angel, you know. I was homeless, and she took me in before I found anywhere to live. She got wind I was “couch surfing” so she’s the one who reached out, took me in and put me in one of her houses. So to be wrapping up with her was incredible, a dream come true for anyone.

TVLINE | Did you have a favorite dynamic to play between Clayton and any of the other characters?
Can I say two? Because obviously there’s my relationship with Emily [Wickersham]’s character, Bishop, we developed a really cool friendship. There was a real bond behind it. And obviously when Torres came along, he had his macho, egotistic thing, but he was always friendly. There was always that fine line where we’d have a joke and laugh but know that we’ve got each other’s back. I’m a rogue with a tie on and he’s a rogue with boots on, so we found common ground and we rolled with it.

Wilmer’s just a legend anyway. A superstar, man. He took me under his wing, showed me and told me a lot about living in L.A., Hollywood. He’s been in the game for 20 years or something, so I learned a lot from him. He took me, my mom and my sisters to his house for Christmas one day with his family — our moms share the same birthday – so we got a dope-fast bond, man, and I’m so grateful to be a part of his life forever. He’s just given me the tools to go forward and to start making some noise out there!