Netflix has released a first look at the opening minutes of the comedy’s Season 4 premiere (debuting Wednesday, May 30), and in it, Ellie Kemper’s Kimmy is starting her first day at work to the tune of an energetic, Mary Tyler Moore-style theme song — sung by co-star Jane Krakowski, naturally. Kimmy even tosses her hat in the air, just like Mary Richards… but alas, it gets stuck in a tree, along with a dozen others.

Kimmy’s the new HR manager at Giztoob, a hip tech start-up where she hands out unwanted high-fives and hugs to her fellow co-workers — including a robot named C.H.E.R.Y.L. But her job isn’t easy: Her boss Zach informs her she’ll have to fire an employee for being late — and fix that scratchy record player, while she’s at it.

Netflix also released a handful of first-look photos from the new Kimmy Schmidt season — and doesn’t it look like Jacqueline is now crashing with Kimmy and Titus? 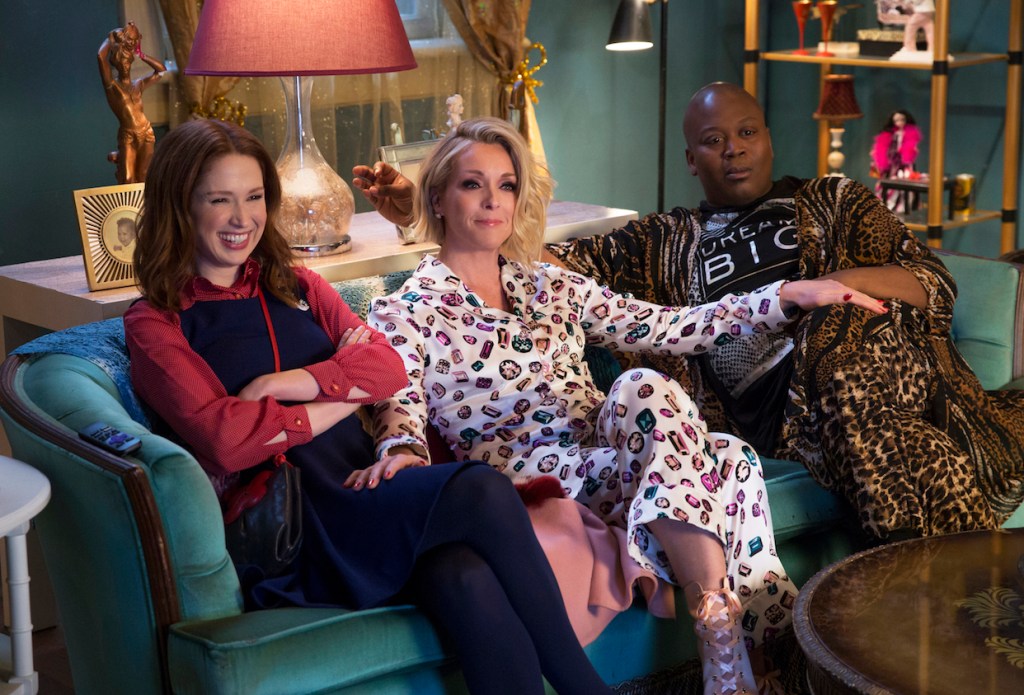 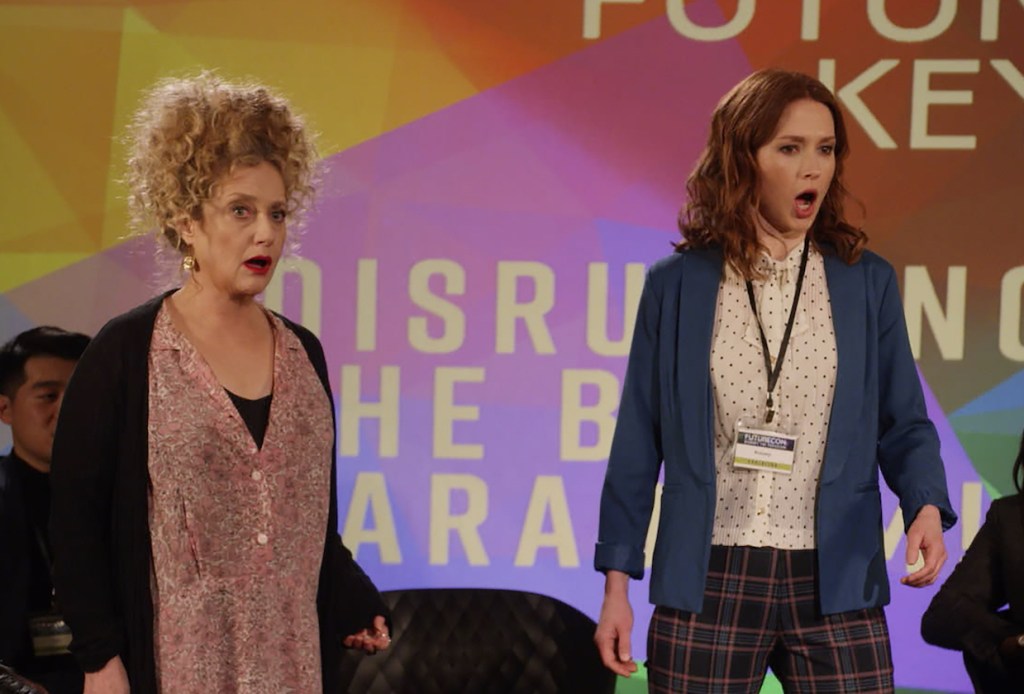 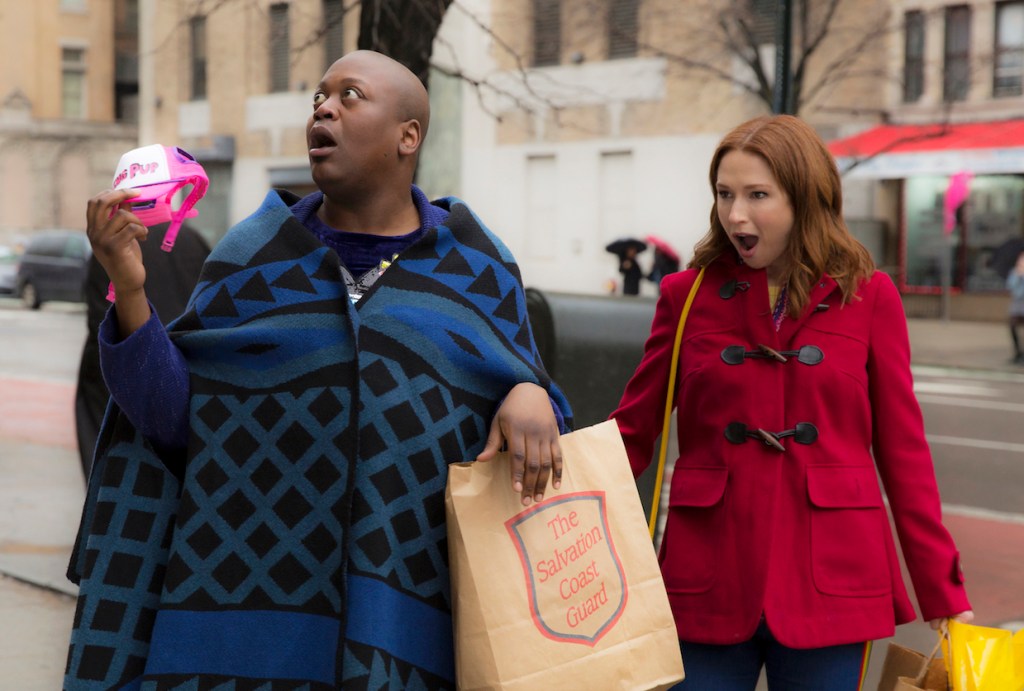 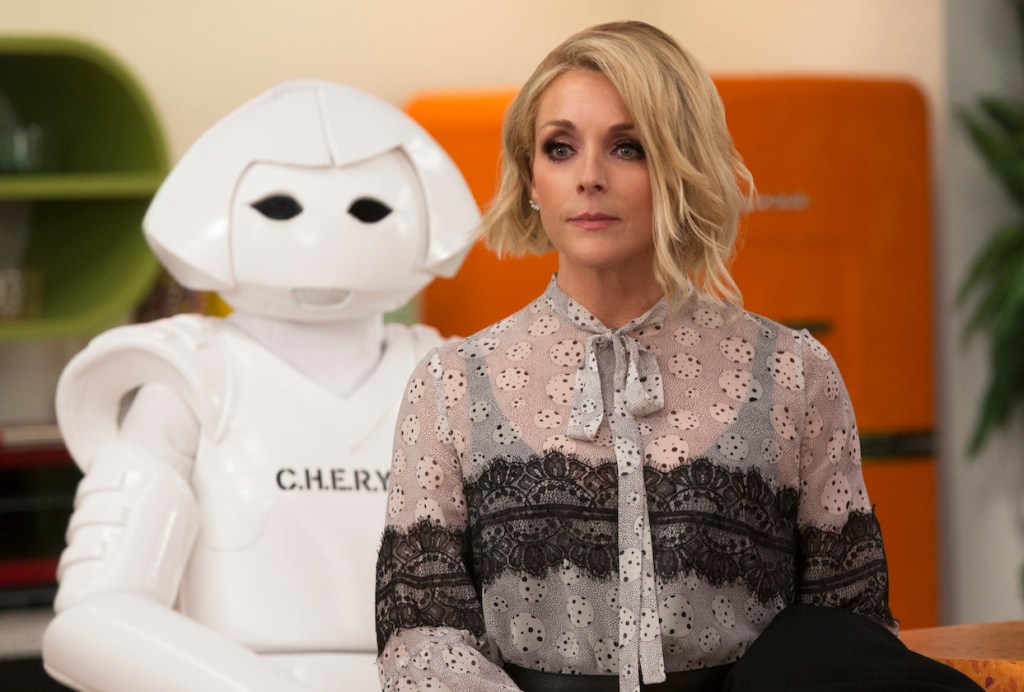 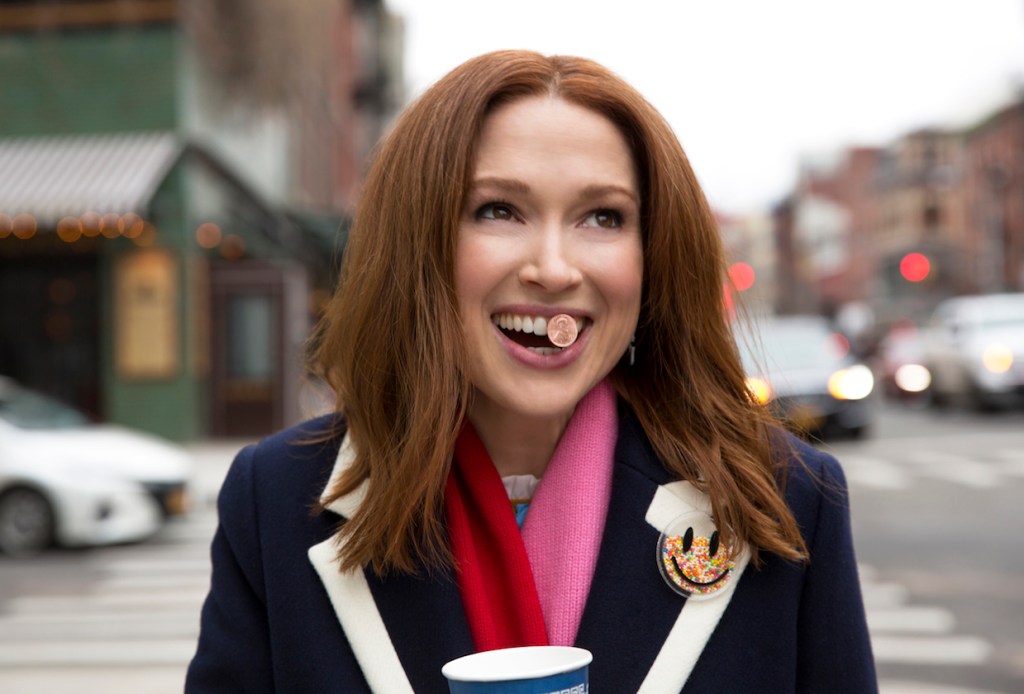 Press PLAY above to groove to a new Kimmy Schmidt tune, and hit the comments with your early Season 4 thoughts.