During Elementary‘s Season 6 premiere, the P.I. learned that one too many blows to the head have left him with post-concussion syndrome, a condition that can and does impede his investigative work. In addition to causing headaches, dizziness and hallucinations, PCS also left Sherlock vulnerable to a friendship with Michael (Dexter‘s Desmond Harrington), a fellow recovering addict… and a murderer?! At the close of the episode, the new pal was seen burying a dead body while lending Sherlock a sympathetic ear over the phone.

Read on as executive producer Rob Doherty explains Sherlock’s “upsetting” diagnosis and Michael’s intentions in regards to the crime-solver. 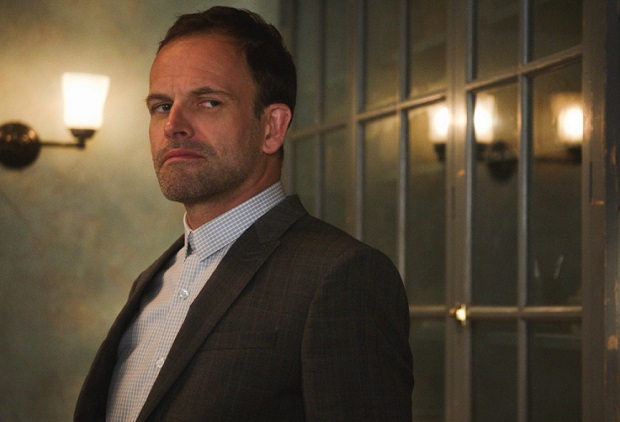 TVLINE | How did you land on this particular diagnosis of post-concussion syndrome? Was it about wanting to subvert the expectation that Sherlock has a tumor?
That was part of it, and yet, that’s an equally valid way to go. Part of it is that concussions and the aftereffects of the neurological damage that concussions cause have been in the ether so much the last few years that it’s something we found ourselves talking about a lot at work, not necessarily within the context of the show. It felt very now. It felt like something worth exploring, and it felt like just enough of a problem to really disrupt Sherlock’s life. He’s a very finely tuned machine, and the symptoms of a condition like post-concussion syndrome can really disorient and frustrate him, and they do disorient and frustrate him as he begins to grapple with it.

One of the things that we found interesting about post-concussion syndrome is that he could, in theory, continue to work depending on the severity of the symptoms. He could continue to try to apply himself to cases, and the people around him wouldn’t necessarily understand or appreciate how disruptive that condition can be… It felt like the right thing to layer on top of the problem that’s really defined him over the length of the series: He’s an addict. He works at his recovery every day. He’s devoted to it. He is in as good a place as we’ve ever seen him, and his body fails him, and that’s jarring [and] upsetting.

TVLINE | It’s pretty detrimental to his work in the premiere. Is it life-threatening, though? Could he lose his life at any moment because of this condition?
It’s not imminently life-threatening. In Sherlock’s case, it’s life-threatening because the symptoms can come on at the worst possible moment. There may be a moment in which Sherlock is in danger by [nature of] the work he does, and the onset of a migraine headache or a loss of consciousness could, in theory, cost him his life. It’s not just that it’s harder to find clues and put the pieces together. It’s that he’s a person who habitually puts himself in dangerous situations, and now he can’t depend on his body and mind the way he typically does.

It is something that can get worse over time. You can treat it, and there are many different ways to treat it. We’ll explore various treatments this year. But you can’t count on getting better. Sometimes, the damage is too great, [and] you’re too far down the road to really recover what you’ve lost. It’s the kind of thing that additional blows to the head will only make worse, and if Sherlock Holmes is continuing to work as a detective and continuing to place himself in danger, he’s taking more risk than he ever has. 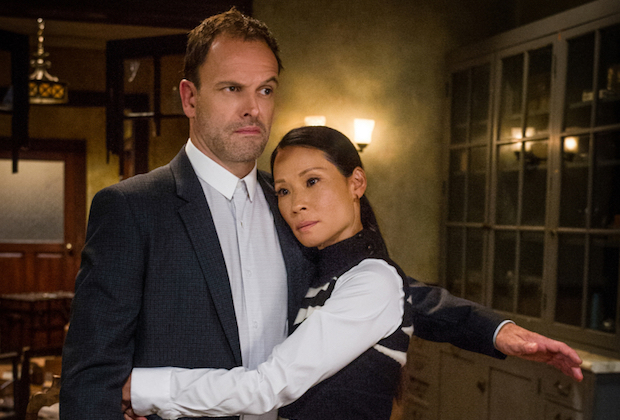 TVLINE | We also saw that it causes hallucinations. Are you playing with the idea of what’s real versus what’s not this season?
The sixth season will not be The Sixth Sense. [Laughs] We certainly told a story in that arena over the last couple of episodes of last season. But it’s something [Sherlock] has to worry about. Not being able to trust what he sees is a concern that we will explore. We’re also going to explore the impact that PCS is having on his short-term and long-term memory. At one point in the season, he’ll find himself at the brownstone with what could only be an important piece of evidence from a crime scene, and he’ll have no recollection as to how it came into his possession. That’s problematic on a number of levels for Sherlock. We’ll see him on good days and bad days, and we will see it affect his work, but we’ll also see the steps that he takes to remedy himself or to improve himself. We’ll also see Joan being an exceptionally good partner in that respect, too. She will be a part of his recovery, as well.

TVLINE | Is Michael a serial killer? Is that the work that Sherlock inspired him to focus on during his recovery?
Obviously, as you can see at the end of the episode, [he’s] not a good guy. Michael has problems that go well beyond struggles with addiction. His desire to help Sherlock is real. His methodology for helping Sherlock is disturbing. He will present as a friend, and unfortunately for Sherlock, he’ll present as a friend at a time when Sherlock is not at his best. He’s vulnerable, and on top of being more willing to entertain a new friendship in his life, his radar is down. He can’t necessarily see everything he typically sees regarding the people he encounters in his personal life and as a detective. But what we’re going to begin to develop is this very strange friendship between someone who is struggling more than he has in a very long time and someone who really seems to have his act together and is exceptionally willing to be helpful to people in recovery. 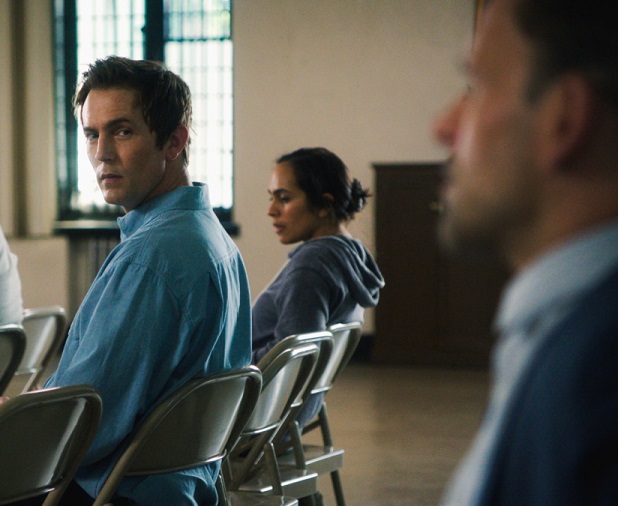 TVLINE | What appealed to you about doing a serialized villain like Michael?
We tend to work our way up to villains. What I found really intriguing about Michael as a character was that he’s a villain that we would meet in the very first episode [of this season]. I feel like we’ve dealt with nemeses in the past who emerge and need to be dealt with over a handful of episodes, but we’ve never seen someone like that [from the word] go. And to the best of my recollection, we haven’t revealed someone as a threat to the audience, but not to Sherlock and Joan. So we all find ourselves in a very rare position of being ahead of the two detectives. We know Michael’s a threat. We know Michael is bad news, and we also know that Sherlock and Joan are distracted by Sherlock’s health, and how it affects them and the work they do. So it just felt like a tantalizing place to put them and to put us.

Elementary fans, what did you think of the season opener? Grade it via the poll below, then hit the comments to back up your pick!