Every May, at its Upfronts presentation to advertisers, CBS touts the “stability” of its schedule, and rightly so. This year, though — after handing Thursday Night Football off to Fox and with much of its Monday slate struggling — the Eye may need to eye significant moves. 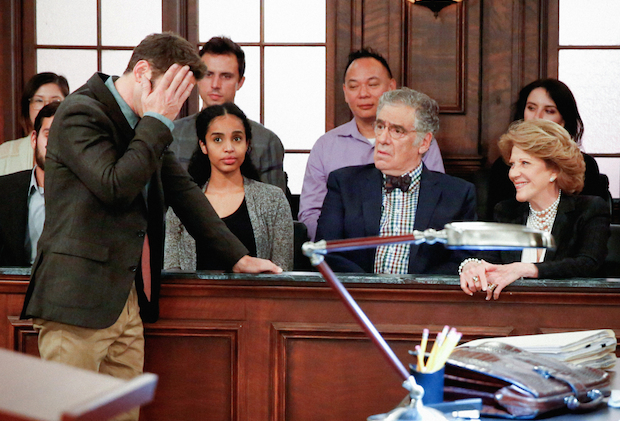 For the past four falls, CBS has had or shared dibs on Thursday Night Football, affording it the plum opportunity to air its top-rated series, The Big Bang Theory, on Monday for several critical weeks. Then, after bolstering that year’s start-up sitcom — Life In Pieces in 2015, Kevin Can Wait in 2016 and (well, theoretically) 9JKL this past fall — Big Bang returns to its Thursday home, where this TV season it has led into its successful spinoff, Young Sheldon.

But with Thursday Night Football gone, CBS now doesn’t have that luxury of using Big Bang to effectively anchor two nights. And worse, CBS is wrapping up a particularly brutal season for Monday shows. 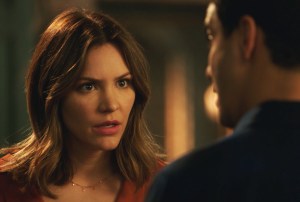 On the comedy front, Me, Myself & I was DOA in every timeline, few came knocking for 9JKL and Living Biblically was no heavenly helper. By comparison, Kevin Can Wait (which is averaging a 1.2 demo rating in Live+Same Day numbers), Man With a Plan (1.0) and Superior Donuts (1.0) are the night’s relative sitcom successes.

How then can CBS keep Monday from flailing, when Premiere Week rolls around in September?

You have to figure the network has no interest in voluntarily moving Big Bang to Mondays for a bit, even in the name of being a tide that lifts all boats. Instead, it’s better utilized to ensure a strong sophomore start for Young Sheldon on Thursdays. But with its two strongest sitcoms married to late in the week, what is CBS’ best play to pump up Monday? 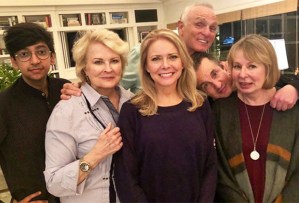 Well, if the past TV season has taught us anything, it’s that revivals of beloved sitcoms are money in the bank. ABC’s Roseanne in an instant displaced Big Bang as TV’s top comedy, while NBC’s Will & Grace burned hot right out of the gate. So it stands to reason that CBS might use its Murphy Brown revival to give Monday a strong opener, in the form of a familiar, Emmys-winning comedy. Feed that into Kevin Can Wait, followed by Superior Donuts and the most promising new comedy pilot, and you have a promising two-hour block.

As for Monday’s final hour: In the event that Scorpion has served up its last brilliant solve — or becomes the latest occupant of Sunday night’s closer position, should Madam Secretary return to its 8/7c home — why not double down on the “What’s old is new again” theme and go with the Cagney & Lacey reboot, starring Sarah Drew (Grey’s Anatomy) and Michelle Hurd (Blindspot)? Thus bookending the night with a Formidable Women theme?

The rest of CBS’ slate, meanwhile, looks like it could enjoy the “stability” mentioned above.

NCIS, Bull and NCIS: New Orleans are all renewed and seem pretty compatible, though if the Magnum P.I. reboot comes in strong and makes the schedule, I wouldn’t be surprised to see CBS use it to freshen this night (maybe hold NOLA for midseason?). Survivor‘s always gonna open Wednesdays, but an argument could be made to deploy SEAL Team elsewhere to hopefully hunt down a bigger audience; if Criminal Minds gets a Season 14, it’s likely to stay put in the 10 pm spot. Thursday is a big ol’ “STET” as we say in publishing — no foreseeable changes. Same goes for Friday night’s comfortable MacGyver/Five-0/Blue Bloods combo.

Sunday requires a bit more guesswork. Wisdom of the Crowd was a washout and the jury is still out on Alan Cumming’s Instinct. Will CBS keep NCIS: LA and Madam Secretary where they are, and try out another newbie in the post-60 Minutes slot? Or will some arrangement of the returning dramas fill the 8 and 9 pm slots, making way for a different veteran series to close out the maddeningly NFL-delayed lineup?