When CBS’ Elementary (finally) returns for Season 6 this Monday at 10/9c, Sherlock will get a diagnosis for his hallucinations which will severely disrupt the work that he does with Joan.

“Sherlock’s health is going to impact the professional side of their partnership and the domestic side,” executive producer Rob Doherty tells TVLine.

Read on as the EP previews the P.I.’s medical outlook and the new friend (played by Dexter‘s Desmond Harrington) who might help him through his struggle.

TVLINE | What can you share about Sherlock’s condition when the season begins?
Obviously, at the end of last season, he was seeing someone who wasn’t there. He was having difficulty sleeping. It’s difficult for someone like him to come to grips with the possibility that there may be a problem that exists on top of his addiction, which he deals with every day. We saw him sliding into an MRI machine, so obviously we’re going to deal with the ramifications of that very quickly as we get into the first episode of this season. We’re going to see that the symptoms he experienced last year are part of a much bigger problem that’s going to affect him over the course of the season. We will have a diagnosis in the first episode. We will have something for him to wrap his head around and for him to share with Joan. It’s something they’re both going to have to address and tend to as we move deeper into Season 6. 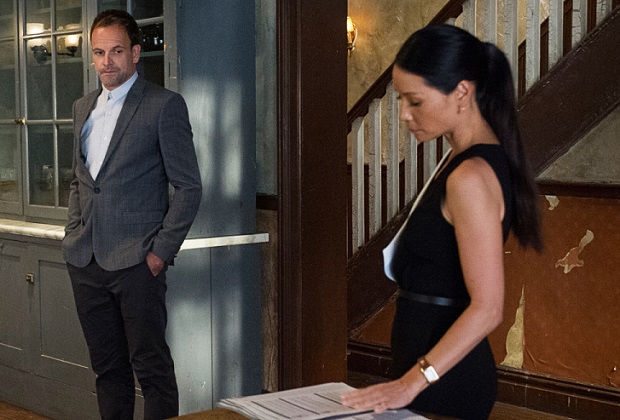 TVLINE | How will what’s going on with Sherlock’s health affect his friendship and his partnership with Joan?
Procedurally, it will be a problem. When someone who considers themselves a master of observation can’t necessarily trust what he’s seeing or hearing, you’ve got a problem. He has to check himself, which is something he’s not accustomed to doing. He has managed to keep his struggles with addiction and his work very separate. One does not necessarily impact the other. In fact, the work tends to keep him occupied and keep him on a certain path and is helpful in that respect. For the first time, he’s going to have another layer of difficulty stacked on top of that. His problems with his health are going to make his work more difficult, and he’ll have to worry about how that will or will not affect his addiction.

It’ll put more stress on other parts of his life, and that will include partnership with Joan. … They have a partnership now; she’s not his sober companion. They share a home and a job, and when one of the partners is suffering, the other has to pick up the slack.

TVLINE | They did not leave off last year in the best of places. As this season progresses, does that residual tension, or some of that distrust, resurface?
We will see some residual tension and some distrust as we begin the season, but we’re also going to see an attempt from Sherlock to heal the rift. At the end of last season, he took positive steps in that he did something which is difficult for him, and he sought the help of another professional. He’s got a diagnosis, and now it’s on him to explain to Joan to what degree it did or did not create problems that existed between them at the end of last season. 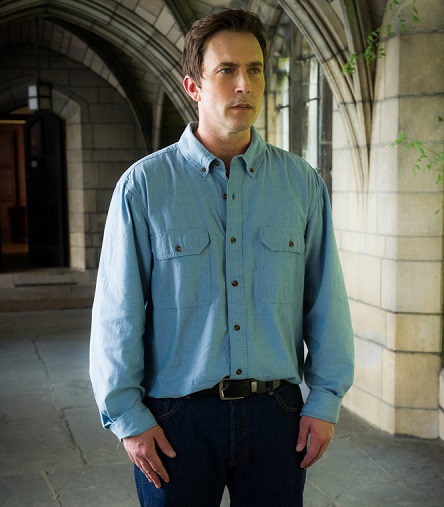 TVLINE | You’re bringing in a friend for Sherlock, played by Desmond Harrington (Gossip Girl, Dexter). Who is Michael, and under what kind of circumstances do we meet him?
Michael is someone that Sherlock will get to know via the program that he’s committed himself to all these years. Michael will approach him at a meeting and explain that he and Sherlock have crossed paths a few times before at various other meetings, and he has always found it helpful to listen to Sherlock talk about his experiences with recovery.

He will be approaching Sherlock at what is still a sensitive time. There’s still some tension between him and Joan. Sherlock has as full a plate as he’s ever had, between his health and his work and the stress on his partnership. He’s vulnerable. He may not present that way, but that’s just the fact of the matter. So Michael approaches with an offer to be helpful to Sherlock at a time when Sherlock can use a little more help, a little more company.

Will you be tuning into Elementary when it returns on Monday?