The highly-anticipated conclusion to the saga of the Sense8 cluster will be revealed on Friday June 8, when the two-hour movie hits Netflix.

In addition to setting a date, Netflix released the poster below (which is available in 20-plus languages).

In the series finale — which was commissioned four weeks after Netflix gave the two-season drama the axe — “personal lives are pushed aside as the cluster, their sidekicks and some unexpected allies band together for a rescue mission and BPO take-down in order to protect the future of all Sensates.”

(The previously release featurette embedded above shows the cast back together, thankful for the opportunity to give fans a sense8 of closure.) 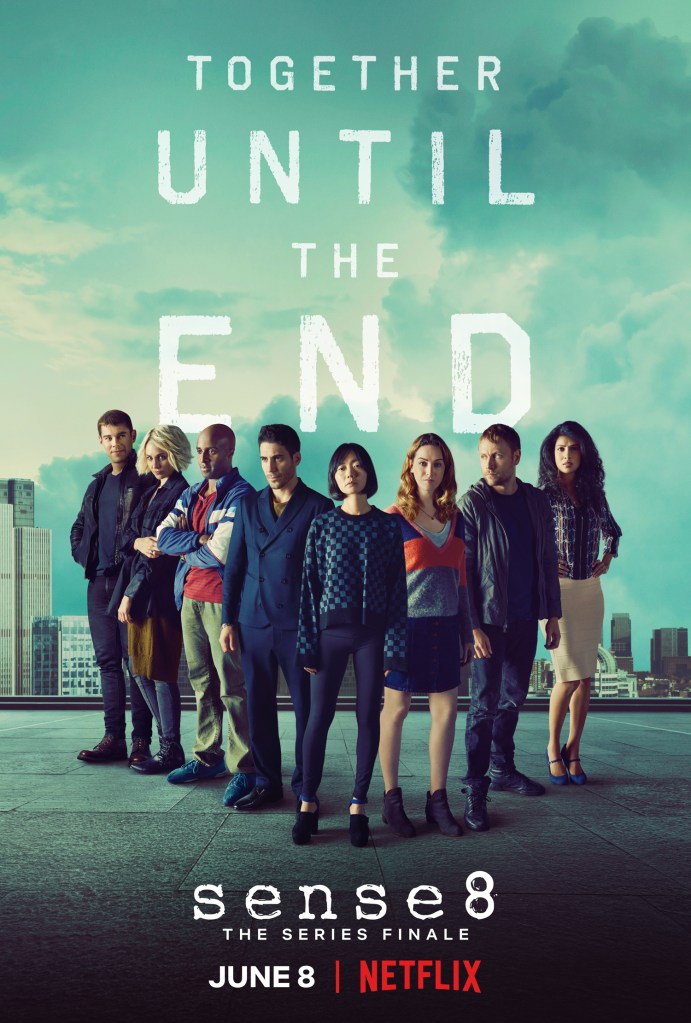