Warning: The following contains major spoilers for Jane the Virgin‘s Season 4 finale. Proceed at your own risk!

Jane the Virgin wrapped up Season 4 on Friday with a dramatic twist straight out of a telenovela. At the close of the episode, Rafael admitted to Jane that he lied about Sin Rostro giving him info on his birth parents. So what was his big secret, which led him to temporarily hit the bottle? Raf then stepped back to reveal Jane’s dead husband Michael (played by Brett Dier) standing in his apartment! #HolyCrap

Elsewhere, JR learned that Petra had lied about not killing Anezka — it was self-defense, Petra argued — and broke off their relationship. In the aftermath, the blonde came face-to-face with a mysterious gun-toting person. “You,” Petra whispered just before JR rushed back in and shot the assailant. 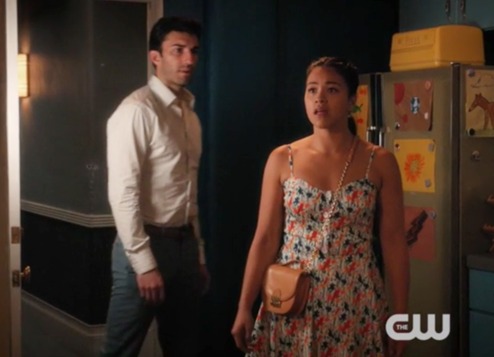 TVLINE | How did Jane not faint there at the end?!
[Laughs] If we were there for a hair longer, she would have, but we went back to Michael very, very quickly so that we left the reaction [off in] the most gut-punching, visceral [way]. I think she was processing. We will probably begin with some sort of coming out of a faint at the top of Season 5.

TVLINE | Have you had this twist in your back pocket since Michael died?
I had the possibility of it, I would say. This has been in the works for a while. I talked to Brett about this about a year ago. It really had to do with the build-up and set-up to the beginning of the end and what telenovela tropes we have left to play. There are two big ones that we’ve been saving, one of which is this return from the dead, and then there’s another. It was always a possibility, and then came into focus a while back. 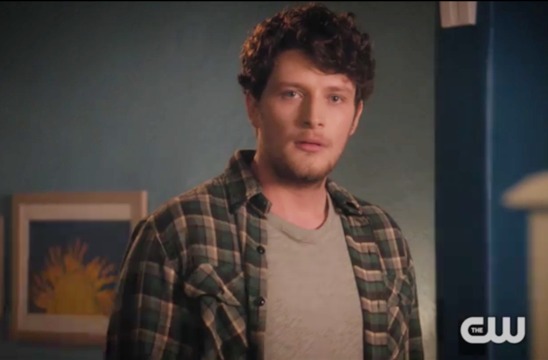 TVLINE | The rules of telenovelas decree that I have to ask you this, even though you just said “return from the dead”: Was that really Michael? Was that the Michael that we know and love?
Who knows? That is also going to be answered in the beginning of the fifth season. Rose has amazing face-swapping capabilities, as we’ve established. [Laughs] That’s certainly going to be one of the questions that needs to be asked and answered, especially when we continue to play out that scene.

TVLINE | There’s another popular telenovela trope, which you’ve played with already, of surprise twins.
It’s not a surprise twin, that I can tell you.

TVLINE | How much is Michael’s return tied to Sin Rostro and possibly having to fake his own death because of that investigation?
There’s definitely a tie between him and Sin Rostro.

TVLINE | Bringing Michael back into the story, what does that allow you to do next season? What are you excited to explore with that?
The biggest fear Rafael had was: Is he Jane’s second’s choice? And with the reappearance of this character — or this character that looks like him — that’s all going to be forefronted very dramatically. At the same time, he had a great heroic moment of bringing Michael back even though he knew it would put his relationship in jeopardy. I’m excited about that. As we explore themes [about] coming full circle and move into our final chapters, it plays a very important part and resets things in a pretty serious way.

TVLINE | I rewatched the finale, and in the scenes with Rafael and Jane, it feels like he is pouring all his love into her, as if he knows this is the end.
I know! It’s a beautiful performance. Justin [Baldoni] really did a great job calibrating that. When you’re watching it the first time, you just think, “What is this heavy thing that’s weighing on him?” and then when you watch it back, you feel like, “Is he kissing her for the last time? Is he scared he’s going to lose her?” which I really think he did a great job with. 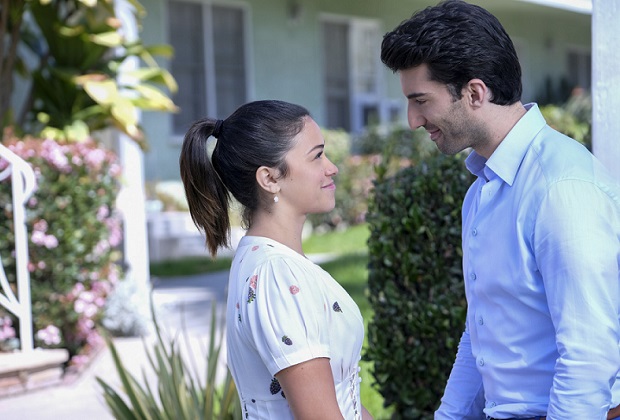 TVLINE | Jane has come so far in trying to move on from Michael’s death. She and Rafael are finally in a good place, on the brink of getting engaged. Why throw this at them now?
It really is the perfect time. When things are as good as they can be, that’s when you want to sort of bring the ultimate choice back to her, which is where we started. It felt right to me at this moment, after not having him for a year and a half. It’s a long time. We really got used to Jane the show and Jane the person without Michael, and so did she.

TVLINE | Did you miss the love triangle?
It’s not that I missed a love triangle, per se. These are two really compelling people in her life, and I like to put characters in [situations where they have] to make impossible choices, and put them in surprising situations, then deal with all of the emotional fallout from that. So more than missing a love triangle, I think this is going to allow us to explore Jane’s heart and her emotions and Rafael’s in a big, juicy, complicated way.

TVLINE | We have to talk about the episode’s other big cliffhanger: Is the person who JR shot someone we’ve seen before?
Yes.

TVLINE | Are there any suspects that you can rule out?
It’s not Magda. 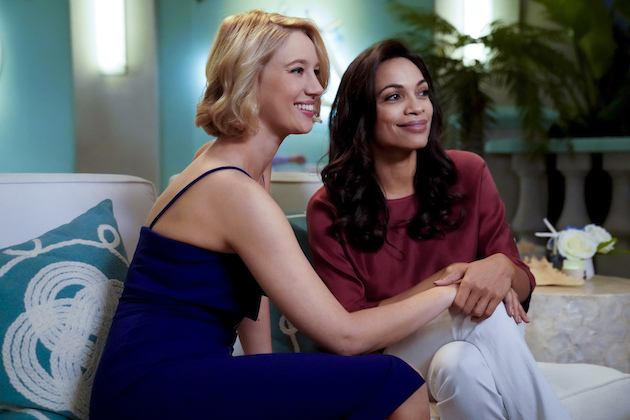 TVLINE | Does the fact that JR came to Petra’s rescue bode well for a reconciliation between them?
JR’s pretty hurt and pretty horrified by the lie that Petra told. But at the same time, she did care for her and does love her. So they’re going to be sorting through some of that wreckage in the season premiere.

TVLINE | Before this episode, I was petrified that Xo’s health would take a turn, and there would be a cliffhanger with regards to that. Was that a well you wanted to avoid?
Xo’s health, I don’t treat as a cliffhanger, and certainly not in the telenovela sense. Things on our show always play at different calibrations and at different levels. Hers is a family drama moment, whereas something like Michael’s return is played at a telenovela level. So we wouldn’t leave the audience with a cliffhanger about Xo’s health. We’re trying to tell the cancer story in a more grounded, realistic and emotional way.

TVLINE | Gina Rodriguez recently hinted that next season would be the last. It certainly sounds like you’re approaching it as the final season. You talked about how you’re entering the final chapter of the story.
I can’t confirm or deny that at this point under penalty of my own demise. [Laughs]

Jane the Virgin fans, what did you think of the twist? Grade the episode below, then hit the comments to back up your pick!