Though there were bigger names in the cast — John Legend, Sara Bareilles, Alice Cooper — we couldn’t take our eyes off Dixon from the minute he hit the stage. He filled Judas’ first number, “Heaven on Their Minds,” with the exasperated swagger of Jesus’ disillusioned right-hand man, delivered in a smooth, smooth tenor. Dixon’s Act I Judas was so sure, so in control, that it was a thing of beauty to watch him unravel as the events of Jesus’ final days progressed.

Though Dixon was amazing throughout show, two moments in particular stand out. The first: his gorgeously gut-wrenching reprise of “I Don’t Know How to Love Him.” His Judas sobbed in shame. He writhed in guilt. And he still managed to sing out some of the clearest, finest falsetto in the entire two-and-a-half-hour telecast.

The second: that showstopping rendition of “Superstar,” which Dixon filled with an exuberance and energy that radiated right through the screen. Judas’ shiny fever dream of a revival was exactly the high-energy boost that the heavy second act required, all thanks to Dixon’s seemingly limitless stamina. His Judas bounded across the stage like it was made of rubber. He fell to the ground, spun around and stood without missing a literal beat. By the time he hit those wailing notes at the end of the number, we were believers… in the certainty that Dixon’s got a big career ahead of him. 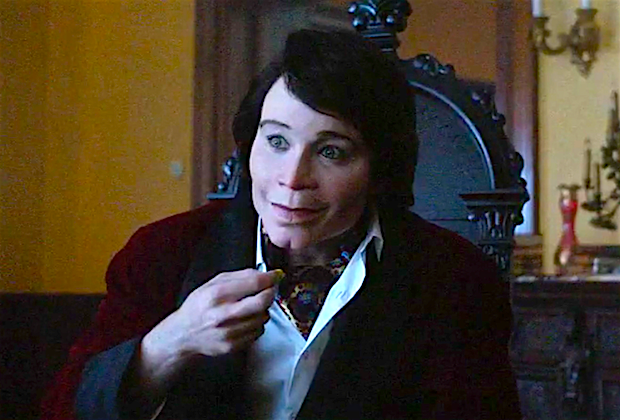 HONORABLE MENTION | Did you miss Donald Glover‘s dual role in this week’s Atlanta? He was right under your (surgically enhanced) nose the whole time: Glover was unrecognizable as Teddy Perkins, the ghastly, bleached-white creep who lured Darius to his Gothic mansion with the promise of a free piano. An eerie mash-up of late-stage Michael Jackson and Johnny Depp’s Willy Wonka, Teddy was hilariously weird, fixing Darius with an unsettlingly blank stare while eating a soft-boiled ostrich egg with his bare hands. But Glover brought an unexpected poignancy to the role, too, as Teddy fiercely defended his abusive father’s tough-love parenting style. Glover literally disappeared into the role — the credits would only list “Teddy Perkins as Himself” — and gave us a fresh supply of nightmare fuel for years to come. 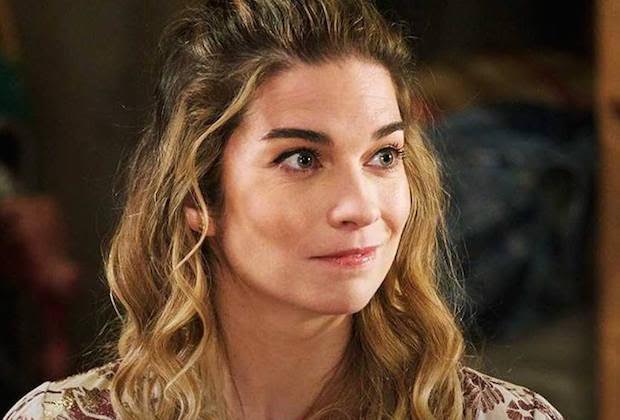 HONORABLE MENTION | Remember the joyful wonderment you felt as a baby when somebody blew you a bubble for the first time? That’s how we feel watching Annie Murphy bring to life Schitt’s Creek’s Alexis. Over four seasons, the actress has taken the impoverished party girl from flighty as a sparrow to… OK, she’s still super flighty. (Just ask Mutt’s plants.) But now she’s also adorably entrepreneurial, surprisingly selfless and stunningly vulnerable. So when in “The Rollout” she confessed to ex-fiancé Ted that she was in love with him, Murphy not only encapsulated in the tender moment her character’s whole evolution, layering her priceless, trademark Alexisisms atop the character’s hard-won depth, she also made us terribly afraid that our bubble was about to be burst. 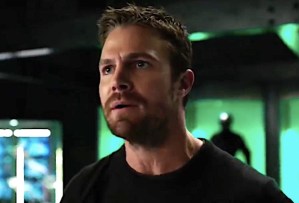 HONORABLE MENTION | As Arrow‘s Oliver and Diggle railed at each other like never before, Stephen Amell‘s explosive performance delivered gut punches you couldn’t help but feel at home. He kept things cool and collected to start, while Diggle aired his grievances. “When did all of these just magically become my decisions?” Oliver calmly countered. “I seem to remember you… there… right next to me.” But when Dig attempted to lay bodies at his friend’s feet, the gloves came off. “[Ricardo Diaz] showed up while you were the Green Arrow! You bought drugs from him, John! You funded what he is doing!” bellowed Oliver, accurately. “You put the team at risk by lying. You weren’t 100-percent, and nobody knew it!” The ensuing brawl may have been a draw, but Amell led Oliver to a win in the verbal slugfest.