Mary may kill people, but Richard Short is an actor with quite an impressive resumé.

He has played a tattoo artist on Covert Affairs, a sex shop employee on American Horror Story and in his latest role — on Lifetime’s Mary Kills People — he plays the business partner of a woman who assists terminally ill patients with their suicides.

The sophomore season of Mary Kills People concludes Monday, April 9, at 9/8c. This season, after his recent release from prison, Short’s Des Bennett is back in the business of “letting people decide when they go” — aka assisting in their suicides.

Being locked up for eight months has changed Des in more ways than one, Short explains. “He’s hairier because he’s been in prison, and he needed to toughen up. Hopefully [viewers will] notice all the work I put in on my muscles too, but I fear not.” He laughs. “That’s prison life.”

Short notes that the biggest change for Des in Season 2 is his “emotional maturity. He’s learned from the school of hard knocks, from the events that transpired at the tail end of Season 1, from spending eight months inside prison alone and away from his best friend, Mary. Because of that, he has an extremely level head on his shoulders in Season 2.”

Memories From the Set: Richard Short 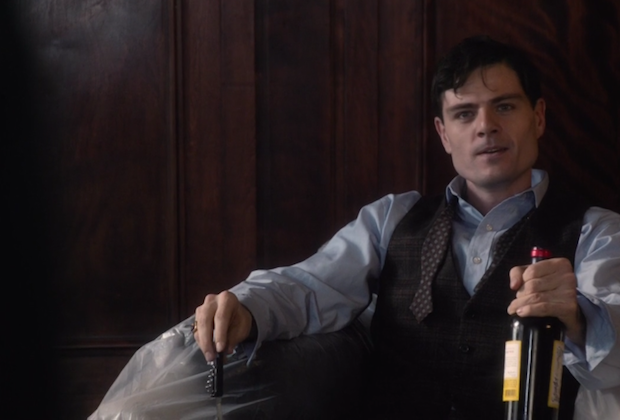 That emotional maturity has been evident throughout the season — and, Short says, is aided by his real-life affinity for Caroline Dhavernas, who plays Mary. “She’s my best friend, and she’s become such a close friend on and off camera, which makes things all the more real when you act them out.” For example: In the Episode 1 scene where Mary told Des that her life would be better off without him, Short says he found himself actually getting emotional, thanks in large part to his closeness with Dhavernas.

He adds that, as Season 2 draws to a close, “the person you see, which is a complex, messed up man, could actually be the voice of good, which is really interesting.”

Before tuning into the Season 2 finale of Mary Kills People on Monday, click through the gallery above to see what other projects Richard Short has been involved in.