CBS’ Salvation is adding faces familiar and familiar for Season 2.

TVLine has learned exclusively that TV vet Jonathan Silverman will recur on the summertime sci-fi series as Roland Kavanaugh, White House Counsel for President Mackenzie’s administration. Alas for the heroes, Roland is described as “a man ill-equipped to deal with the unprecedented nature of events facing the nation and the world.” Ugh, Roland! 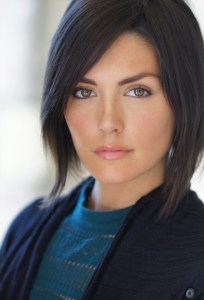 Additionally, Taylor Cole (right) will reprise her Season 1 role and officially recur as Fiona Lane, Harris’ onetime fling who joins the government’s asteroid deflection team (…as flings do…) and thus creates friction for Harris and Grace.

Silverman — who of course is the real-life husband of Salvation star Jennifer Finnigan — counts Getting On, Significant Mother and The Single Guy among his many previous TV credits, as well as episodes of Scandal, Castle and Rosewood. Cole meanwhile has enjoyed runs on The Originals, The Glades and The Event.

In Season 2 of Salvation, “the world learns the truth about the impending threat of an asteroid on a collision course with Earth,” reads the official synopsis. “The question is: will the truth bring out the best… or the worst in us? The answer, of course, is both.”

Want more scoop on Salvation, or for any other show? Email InsideLine@tvline.com and your question may be answered via Matt’s Inside Line.