Chicago Fire‘s Severide is getting not one but two blasts from the past.

During this Thursday’s episode (NBC, 10/9c), the firefighter’s never-before-seen mother Jennifer Sheridan (played by NYPD Blue vet Kim Delaney) makes a surprise visit. Then later this season, Sarah Shahi (Person of Interest) will reprise her role as Severide’s former girlfriend Renée Royce when the lawyer seeks out her ex’s fire expertise for a case. And given that the lieutenant finally just acted on his feelings for friend/roomie Stella, you can bet there will be complications.

Read on as showrunner Derek Haas previews the arrival of Mama Severide and teases another old flame’s sorta-return.

TVLINE | How did Renée’s return come together? That was probably the last character I expected you to bring back out of all his exes.
We always kind of have an idea for what our last four episodes are. We keep it a little bit fluid because you never know who you can get. Sarah is doing a NBC show [called Reverie] that comes out in the summer, and so we had this idea, and we talked to her people and said, “I don’t know if she’s available…” We had to do it way in advance because you have to be flexible if she couldn’t do it, and I got a lovely email from Sarah, saying how excited she would be to do it again.

TVLINE | Are there romantic intentions when she comes back? Or is it purely, “I need your help for this case”? 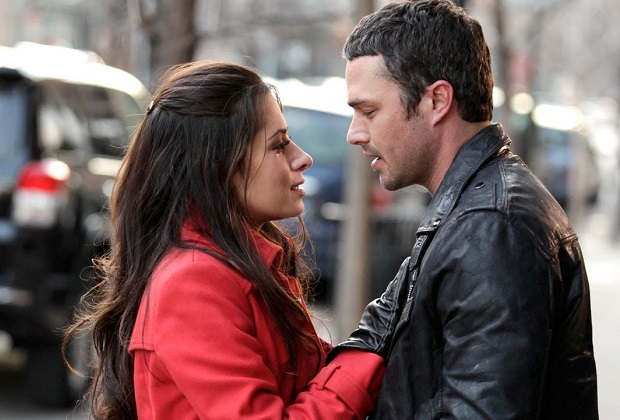 We had her as a pretty romantic, smart lawyer woman for half a season. And then we knew she couldn’t come back, so we only had her for one episode. So we had her show up pregnant at the end of Season 1. Then she got cast on a different show, so whatever we were going to do got thrown out. Back in Season 2, we made her a little bit… not crazy, but desperate, and she lied to Severide about the paternity of her child. I never loved that as an ending. It was thrust upon us [when she booked another show]. So now we get to reclaim who she was a little bit more in this version. Now the audience is going to remember that she was trouble, so we’ll play into that, also. And because of where Kidd and Severide are in their relationship in the second half, it’s going to certainly come into play in that. And she has a five-year-old!

TVLINE | It sounds like the back half of the season is going to be complicated for Severide. You have his mom coming in, as well.
I’m so delighted. Kim Delaney did a great job as Severide’s mom, and Treat Williams is coming back, reprising [his role as Severide’s father] Benny. Yeah, things are definitely getting complicated for Severide. If the first half of the season was a little more Gabby/Casey… the second half is a little more Severide.

TVLINE | What is his relationship like with his mom when she comes back into his life?
Very good. The only times we’ve referred to her is that in high school, she had some difficulties when Benny was cheating on her. In Texas, we would call it “getting checked into the nervous hospital.” So he went and lived with April. The only other time we’ve referred to her, he said, “My mom’s a saint.” That’s the version that we’re playing. Boys have special relationships with their moms, I think, most of the time. 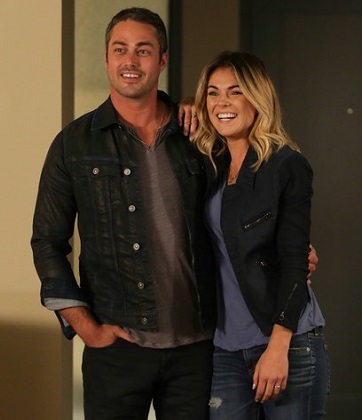 TVLINE | I have to admit, when I heard that Renée was coming back, I thought, “I really want Brittany (played by Serinda Swan) back.”
She was great, too. We refer to her this year. Everybody always asks, “What happened with that? Was there an annulment?” We hear that. We hear about Severide’s sister… Some of the characters that go away and we don’t hear about, we’re referring to. There are a few questions that are going to get answered about characters who we haven’t talked about in a long time.