THE PERFORMANCE | Six seasons of deadly spy games have finally taken their toll on Elizabeth Jennings. Frankly, she’s never looked worse — and Russell has never been better, kicking off the FX drama’s final season with a magnificently captivating portrait of a woman at the end of her rope.

While her husband Philip took a step back, handling travel-agency business and attending their son Henry’s hockey games, Elizabeth was left to pick up the espionage slack, juggling multiple operations on her own. She’s absolutely depleted, worn out and rubbed raw, and that bone-deep exhaustion was written across Russell’s face all episode long. (Kudos to the show’s makeup department, too, for making the normally luminous Russell look completely bedraggled.) Her new mission is so dangerous, she was handed a cyanide pill in case she’s caught, and Russell didn’t need to say a word to break our hearts as Elizabeth silently contemplated that pill, and what it meant, in a cramped airplane bathroom.

But Russell hit new heights in the episode’s final scenes, as Elizabeth returned home from yet another life-and-death struggle. Philip wanted to talk, but Elizabeth exploded on him: “I don’t need another one of your speeches, Philip. I need sleep. Let me sleep.” It was a shockingly ugly marital standoff, and Russell fired back with an intense anger we’ve only seen a few times from Elizabeth. Then she went upstairs and gazed at that cyanide pill again, and that final look she gave herself in the mirror — hollow, utterly spent — was truly gutting. This may be the worst of times for Elizabeth Jennings… but putting her through the wringer definitely brings out the best in Keri Russell. 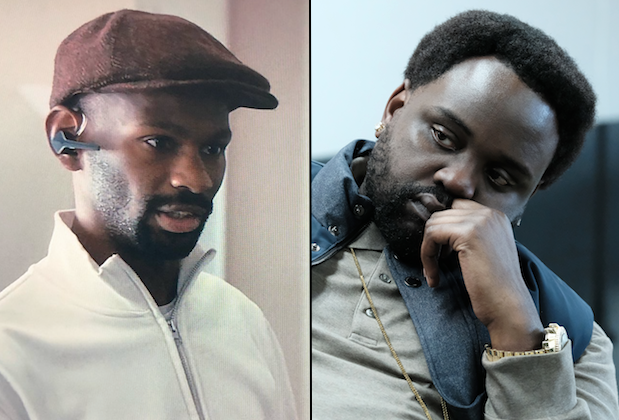 HONORABLE MENTIONS | Mismatched duos are a classic comedy formula, and FX’s Atlanta gave us a delightful one this week with Brian Tyree Henry and guest star Robert S. Powell III. Henry’s Alfred just wanted to get his damn hair cut, but his regular barber Bibby (Powell) instead dragged him all over creation, lying, cheating and stealing his way through an all-day odyssey, with Alfred reluctantly in tow. The two are complete opposites: Bibby is a skinny, high-energy chatterbox, always working on his next hustle, while Alfred is a stoic mountain of a man, suffering in silence. (Henry’s WTF reaction shots belong in a museum.) Together, their comedy chemistry was off the charts. Let’s just hope Alfred changes his mind and doesn’t go find a new barber, so we can see these two in action again soon. 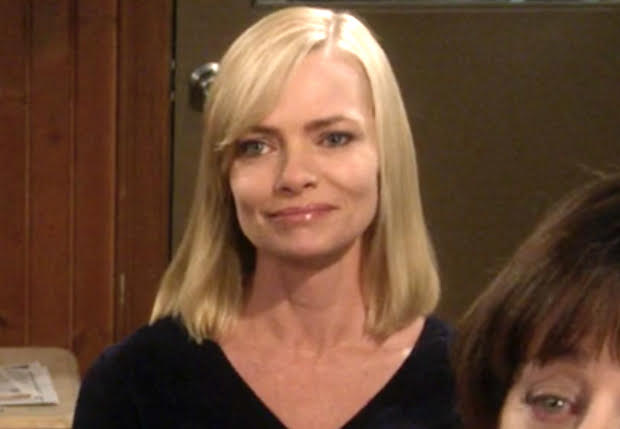 HONORABLE MENTION | Mom has never shied away from the difficulties of sober living. In this week’s episode, relapse reared its ugly head repeatedly, affording Jaime Pressly the chance to dig deep and explore its effects on Jill. The result was an emotionally raw performance that captured the character’s struggle to hold onto hope. Each time she fell off the wagon, her confidence waned considerably, until she was left wondering whether sobriety was even worth fighting for. Nevertheless, she persisted, and with the support of her friends found the courage to stand up and retrieve her latest newcomer chip at AA. Tears filled her eyes, and then she smiled. It was a subtle touch that filled Jill — and the audience — with hope. 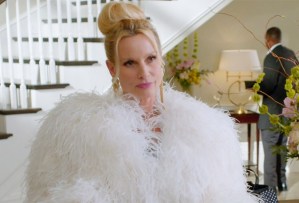 HONORABLE MENTION | From the moment The CW announced its Dynasty reboot, the question on everyone’s mind was: Who will fill Joan Collins’ iconic role of Alexis Carrington? And for that matter, who even could? Following Friday’s episode, the answer to both questions is Nicollette Sheridan, who in a single hour managed to give us a complete picture of the complicated, calculating hoot that is Alexis 2.0. From Alexis’ electric chemistry with ex-husband Blake to her knock-down, drag-out pool fight with daughter Fallon, Sheridan’s first episode served as proof of the show’s ultimate potential. In fact, her arrival — which not only shook up the show’s myriad storylines, but also infused it with some much-needed energy — was so good, it makes you wonder why they didn’t just include her from the very beginning.