You’ve got to hand it to Supernatural: Thirteen seasons in, and the CW drama can still deliver a uniquely clever episode, like it did with Thursday’s animated Scooby-Doo crossover. 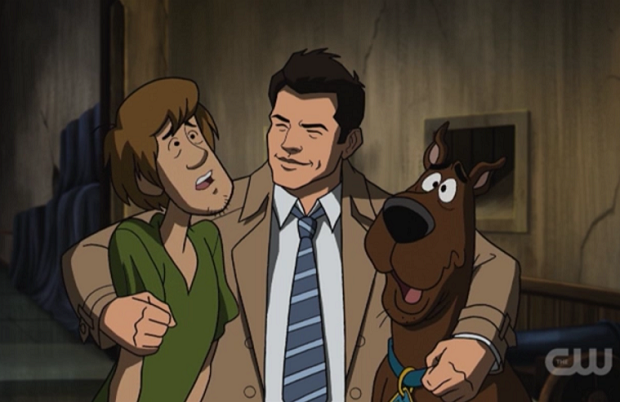 Dean, Sam and Castiel so effortlessly slipped into the world of the classic cartoon that you really had to wonder why the show hadn’t attempted such a feat before. After all, as Dean pointed out, what the hunters do and what the Scoobies do isn’t all that different — with a few exceptions, of course. And the installment brilliantly tapped into those differences to turn the tables on the Scooby characters. While the boys were initially transported in an episode of the ‘toon, it was the mystery solvers who found their reality rocked by the revelation that ghosts are very much real. The ensuing tailspin was both dark and hilarious, and proved that Supernatural still has some tricks up its sleeve.

Because “ScoobyNatural” was so highly entertaining, we’ve collected the best moments, including a surprise cameo and a bevy of quotable zingers, in a gallery. So what are you waiting for? Click here to relive all the fun, then grade the episode via the poll below and share your favorite scenes in the comments!