Change is in the air on Suits.

While viewers are already anticipating the exits, the pair’s departure will come as somewhat of a surprise to the engaged couple themselves, executive producer Aaron Korsh tells TVLine below.

Read on as Korsh previews what drives the duo to depart and teases the aftermath of that “Darvey” kiss in this Wednesday’s premiere (USA Network, 9/8c).

TVLINE | Are there going to be hints leading up to the finale as to how we will be saying goodbye to Mike and Rachel?
Yes. We lay the groundwork in a subtle way, and then we also have some actual logistical things that happen within the show. But if we hadn’t made the announcement that they were leaving, I do not think you would have seen them leaving coming.

TVLINE | Now we’ll be reading into everything instead.
Yeah. I don’t think that they knew, Mike and Rachel. 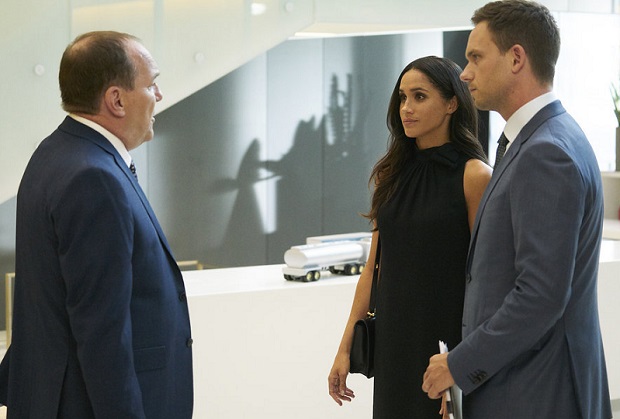 TVLINE | What can you say about the circumstances under which they’re going to be leaving? Is it a business thing, a personal decision?
Mike and Harvey, at the end of Season 6, made the deal about “one for you, one for me,” meaning “one pro bono case for you, and one corporate case for me.” And the truth of the matter is that’s a tough thing to maintain. Do you want to be a pro bono attorney that helps people? Or do you want to be a corporate attorney that’s about money? It’s hard to have a major foot in both camps. And in large degree, Season 7 is about Mike realizing that, and the back six [episode arc] codifies that in his mind through one particular incident that happens on a case that he’s trying.

TVLINE | And how does Rachel play into it?
Also in the back six and in Season 7, they’re finally getting down to, “Listen, we put this wedding off. You’re now out of prison. Are we going to focus on it or not?” And the front half of Season 7 was them saying, “Let’s put it to the side a little bit,” and then the back half of Season 7 is them saying, “Let’s put it on the front burner a little bit.” And in putting it on the front burner, I wouldn’t say it forces you, but when you’re getting married, you tend to think about what you want out of life. Where do you want to spend it? How do you want to lead it? There’s a particular episode where that comes to the fore with them, and that plays into what’s going on with Mike, professionally — and collectively, they make this decision. 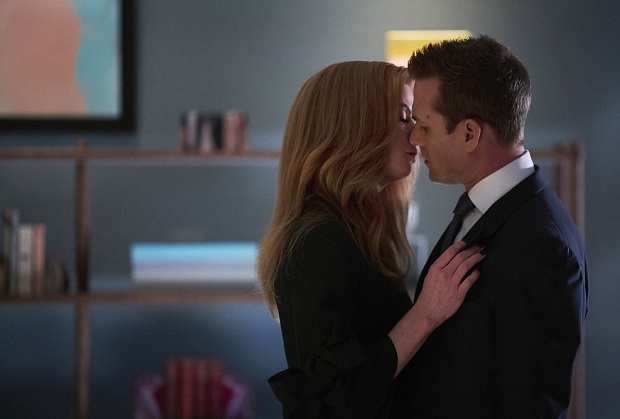 TVLINE | Looking at the more immediate future and the premiere, where does it pick up, and what state of mind are Harvey and Donna in?
It picks up right where it left off. The state of mind that Harvey is in is he’s in shock. He walked into a room to tell Donna that Malik had come after Jessica. She was going to lose her license and, basically, her name has to come off the wall. So he was already in shock when he walked into the room. And he’s in a relationship with Paula. Donna plants a kiss on him, and he is clearly affected by that kiss. He was already in shock, and he has an unforeseen major thing happen to him that is obviously going to have ramifications on his current relationship. Donna’s state of mind leading up to that kiss was Mike got in her head, Louis got in her head, and she had to know what her own feelings for Harvey were. She didn’t know about what the future would hold for them, and she just did something, a bold thing, spur-of-the-moment. I’m going to leave what effect that kiss had in her brain to the episode.