Life goes on for Animal Kingdom’s Baz. The question is, for how long? 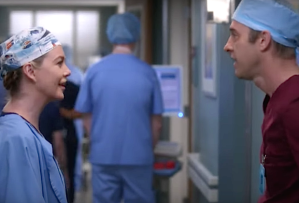 In the Season 3 trailer for TNT’s increasingly addictive crime drama, we catch a glimpse of Scott Speedman’s character — who’d been pumped full of lead, you’ll recall, at the end of the Season 2 finale — being wheeled into an ER. So at least he still has a pulse as of the premiere (Tuesday, May 29, at 9/8c). After that, however, it doesn’t look good for ol’ Baz — especially considering that his portrayer makes his debut on ABC’s Grey’s Anatomy Thursday (8/7c) as a surgeon who appears to be a significant new love interest for Ellen Pompeo’s Meredith. (As previously reported, the length of Speedman’s Grey’s commitment has not been disclosed, perhaps to allow Animal Kingdom fans to wonder whether maybe, just maybe, Baz will pull through.)

Click on the video above to check out the trailer, which also includes our first look at Denis Leary as Deran’s long-lost father, Billy, then hit the comments. Do you think/hope Baz will survive?