CBS’ NCIS soon will join increasingly elite company, as one of a handful of hour-long TV dramas to deliver 350 episodes — and TVLine has a first look and exclusive details on the milestone case.

In the episode “Sight Unseen” — written by executive story editor Brendan Fehily and airing Tuesday, April 17 — a sheriff transporting a recently arrested Petty Officer calls in a drunk driver but then loses control of his vehicle and winds up crashing into a lake. The sheriff is able to escape the vehicle but can’t get the Petty Officer out before the car sinks.

When Gibbs’ NCIS team arrives to investigate and have the car pulled out of the drink, they find an empty back seat and a busted rear window. Hmm, where go the PO…?! 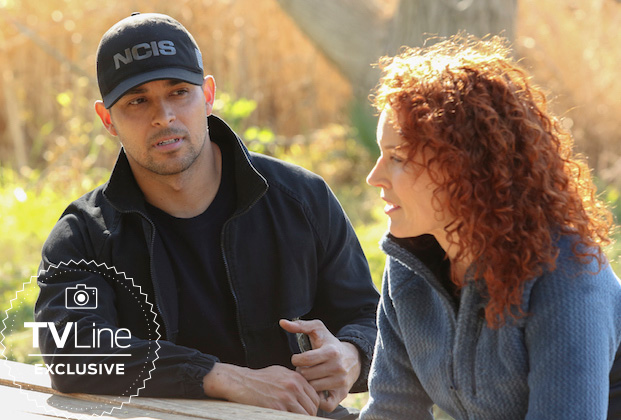 The main witnesses to the incident are a brother and sister who were camping at the lake. The sister, Annie, who is legally blind, remembers more vital details and works closely with Torres to piece together what happened. (Guest-starring as Annie is actress/writer/director Marilee Talkington, who is also legally blind.)

Will you be tuning in to watch NCIS join the ranks of Gunsmoke, Law & Order, Dallas and other venerable long-running dramas?