The 100 fans, the day you probably thought you’d never see is finally here: The trailer for Season 5 has arrived! 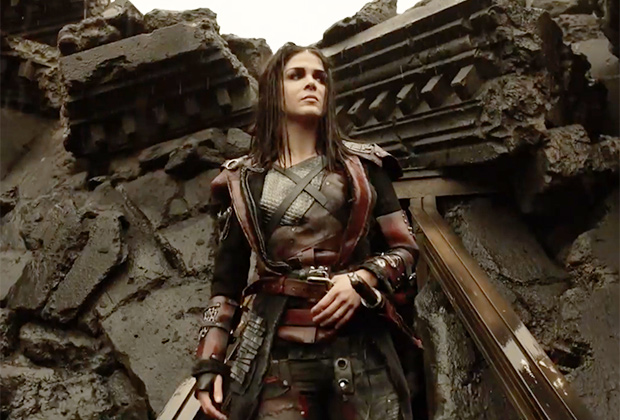 Premiering Tuesday, April 24 (The CW, 9/8c), Season 5 finds Clarke and the gang — with whom she eventually reunites — battling for control of the “last survivable land on Earth,” the one valley that the Death Wave seems to have passed over.

But because there’s way too much happening in this trailer to process it via complete sentences, here’s a rundown of everything worth discussing:

* Did you not get chills when Clarke addressed Bellamy at the top of the trailer?

* With encouragement from Jaha, Octavia uses force to make her people listen.

* Raven vows to get everyone down from space, which — let’s be real — will probably result in another martyr-type scenario in which she almost dies.

* “We have everything. The valley, the weapons, they have nothing. Ivana

* Not everyone is ready to fight. “If a war is the only way to have the last survivable land on earth, then maybe we don’t deserve it,” Monty says.

* Though Octavia initially rebuffs her brother’s affection, telling Indra that “love is weakness,” we eventually see her embracing Bellamy.

* I’m glad to see that Abby and Kane are still going strong, even if everything is completely falling apart around them.

* And last but not least, what is that stomach creature?!

Hit PLAY on the trailer above — and check out our gallery of the best moments from the 3+ minute feast — then drop a comment with your hopes for Season 5 below.