Warning: The following contains spoilers for Tuesday’s finale of The Fosters.

Graduation Day turned out to be a momentous occasion for more than just Callie and Brandon during The Fosters‘ two-hour season finale on Tuesday.

In a surprise move, the episode’s final scenes featured all of the kids getting their diplomas through a series of flash-forwards, which also revealed where they went to school and whom they ended up with. Callie got into UCSD’s law program, while Brandon was set to attend a film scoring program in Los Angeles. Skip ahead one year: Mariana (and Emma) were bound for MIT as Wyatt cheered on his girl, while Jesus graduated on time and headed to community college. 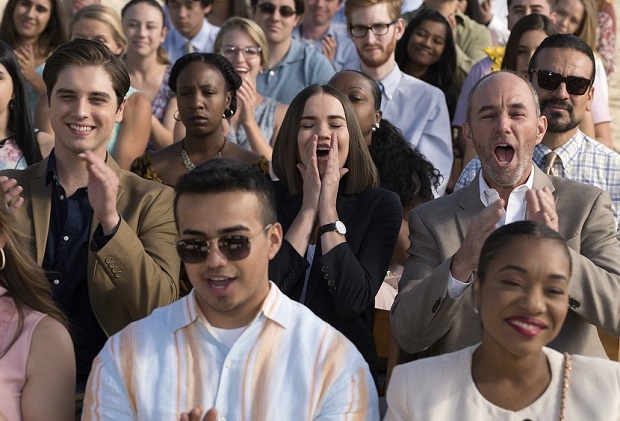 After another time jump, Jude got his diploma — he’s going to UCLA — while his now twentysomething siblings applauded in the audience, with a surprise companion in tow. (Bye, Wyatt! Hello again, Mat?!) The family then went to celebrate at home, where Brandon and his new-to-us girlfriend Eliza announced their engagement… and Stef and Lena got a call about fostering a new child!

Below, executive producer Joanna Johnson answers our burning questions about that surprise ending and previews the show’s three-episode summer event, which will introduce the upcoming Callie and Mariana-centric, Los Angeles-set spinoff.

TVLINE | The finale, especially those graduation flash-forwards, very much felt like a series finale. Was that intentional? Did you want to have that feeling of closure, even though there is more story that is going to be told?
We did, and then we also have a few things that we tease at the end of that to say, “Hey, come back, we’re not quite done.” We originally conceived that as the series finale, and then the network said, “Hey, we want to order some more episodes.” So we had to figure out what could be another finale. So I would say that we kind of have a couple different series finales. They wanted to give The Fosters a really important, special farewell, not just one episode. So we came up with this three-night special, and we were happy to do it.

You think there’s some tearjerker moments in Episode 19, but when you see these last three episodes… When we were in the table reads, everybody was just sobbing. It was pretty intense. So we’re going to have a really special three-episode arc and a real definitive series finale, but also the promise and hope that we’re going to see these people again. Because not only are we going to see Mariana and Callie in the spinoff, we want to see the whole family. So this family is not going away. We are going to continue to tell their stories.

TVLINE | Before Freeform said, “We want more episodes,” was this finale different? Were there certain scenes or storylines that you had to change?
No, not really. We just thought, “OK, if we were going to go forward, what would we be doing?” and we just thought of what would happen if the family just continued doing the show, with the jump forward in time. We’re hoping that they continue to want to order special episodes of The Fosters. We would love to do another, hopefully, like a long TV movie. We’d love to be able to continue to do those for them. 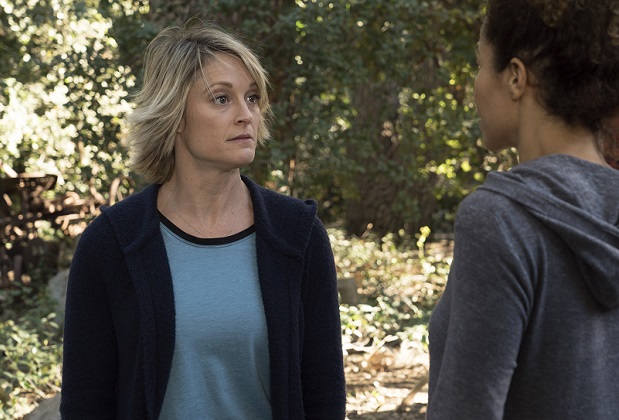 TVLINE | Lena and Stef had a very beautiful journey in the finale. What did you want to convey with that relationship in these episodes, and what note did you want to leave them off on?
To me, they’re such a special couple. I think you probably all know that we’re down in Turks and Caicos, and we’re doing these last three episodes. When we really did our series wrap, Teri [Polo] and Sherri [Saum] hugged and embraced for probably 10 to 15 minutes, just sobbing and crying. They truly love each other. I think that their relationship, their marriage, has been so true and real and interesting and dynamic, and [with] ups and downs, which every marriage and every relationship has.

In that Episode 18 that I was blessed to write and direct, I really wanted to continue to explore some of Stef’s issues that were unresolved with her father, and about when you are in a marriage in this world, where you’re two women married, or you’re men married. We’re so lucky that we have the protection of marriage now, that we’re allowed to be married, and we’re recognized. But you always wonder if that’ll be taken away. We’ve had to fight so hard for it. I just thought it was a really important part of the relationship to really continue to explore it with Stef, the shame that she’s gone through in life and her trust issues. So I felt like it was a great culmination of the struggles that the two of them have had in their relationship, personally and together, about being able to maintain their intimacy and their legitimacy as a couple and their love, and finally really kicking that stuff off and really coming together as the most important person in each other’s lives. I thought they both did a brilliant job.

TVLINE | I loved that final scene where they got the phone call. Is there any doubt that they’re going to take this poor kid in?
No, there’s really not. [Laughs] And he’s a really special kid that’s coming that everyone’s, I think, really going to fall in love with. 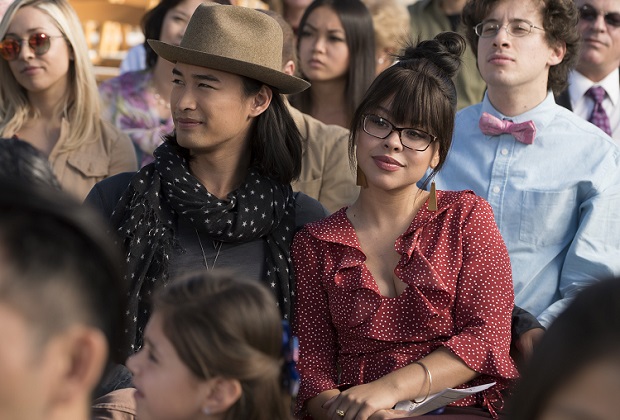 TVLINE | The final moments of the finale left me with a lot of burning questions, because there were all these little hints peppered in there. First of all, did Mariana and Mat get back together?
Yes. They do get back together, but we definitely have a very interesting trajectory and arc for their relationship in the final three.

TVLINE | Did I sense some complicated feelings or hesitation on Callie’s part when Brandon announced his engagement?
I think you did.

TVLINE | There was a very pointed camera pan on her face that made me go, “Hmmm…”
Well, it’s kind of a big thing… Even though, of course, they are adopted brother and sister, he was her first love. So it’s interesting when you hear, “Oh, my gosh, the first person I ever fell in love with is getting married.” It’s a really interesting feeling that we definitely will be exploring. 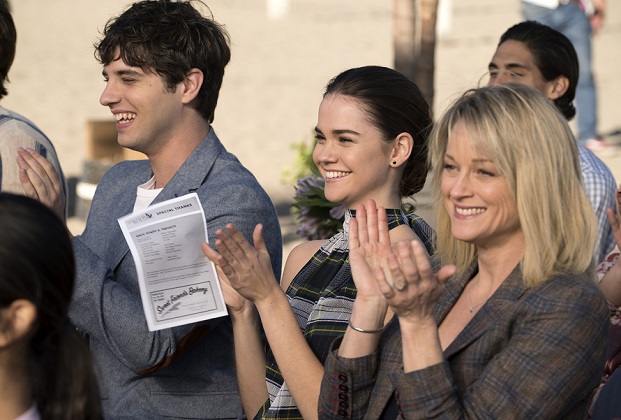 TVLINE | Callie is one of the few characters who’s single throughout this finale. Was that important for you, to have her end the season on that note?
Yeah, Callie is single, and Callie has worked really hard the last five years in law school. That’s kind of an issue, how she’s shut out relationships after, a little bit, blowing up every relationship she’s been in, in one way or another. So Callie is definitely reeling from that and realizing that when it comes to intimate relationships, she tends to make things harder than they need to be.

TVLINE | On a different relationship front, did Emma and Jesus make long distance work?
Yes, they have so far, but again, there are going to be complications in the final three for this couple. I have to say that I love them so much, and they’ve actually been — besides Stef and Lena — our most enduring couple in the series. So we’re very invested in them. But one thing we’re exploring is that they have been together since he was 15 and she was 16, when they first started dating. That’s a long time, and at such a young age. So they’re looking at that and saying, “Gosh, have we had enough experiences with other people in our lives? Are we really ready to just say that we’re each other’s soulmates, we’re The One?” It’s something we’re going to definitely look into.

TVLINE | Is there an event that binds the last three episodes together?
Absolutely. There is a big event that kind of affects the “Brallie” of it all and the whole family. This event really makes you realize that, wow, these kids are growing up, and they’re really embarking on their adult life.

Fosters fans, what did you think of the season ender? Grade it below, then hit the comments to back up your pick!