After rescuing Lucy from Rittenhouse in World War I, the Time Team returned to their underground silo, where the enormity of losing her whole family finally hit Lucy. “You haven’t lost me,” Wyatt reassured her as she cried on his shoulder. Then just as the two were about to kiss, Jiya walked in and brought the intimate moment to a halt. Sigh. We’ll forgive you, Jiya, because that near-smooch is just the beginning. 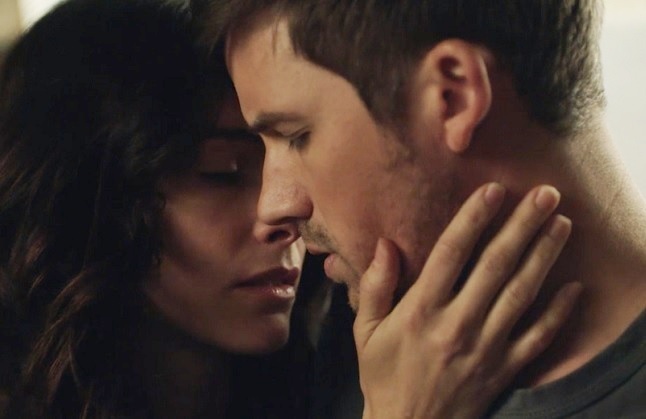 “We’re definitely diving into the Lucy and Wyatt of it all this season,” star Abigail Spencer says. They are “really starting to believe that they care about each other,” actor Matt Lanter adds. “I feel like all last season, there was a sexual tension. But at the very end, we see Wyatt saying, ‘I’ve got to be open to new things,’ and I think that almost-kiss is him being open to new things [and] possibly treading into that new territory.”

“It’s also kind of true that her safe area is sort of in Wyatt’s arms,” Lanter continues. “I think that she’s realizing that, in that moment of her vulnerability, Wyatt is there to stand her up, and… that there’s a deeper connection there than just a sexual tension.”

But the question remains: “Will they have a true moment, and how long will it last?” Spencer asks. “I don’t want to give too much away about it, because it’s pretty good how it comes along.”

Below, the cast weighs in on the season opener’s other big twists, like that family reveal and Garcia Flynn’s return. 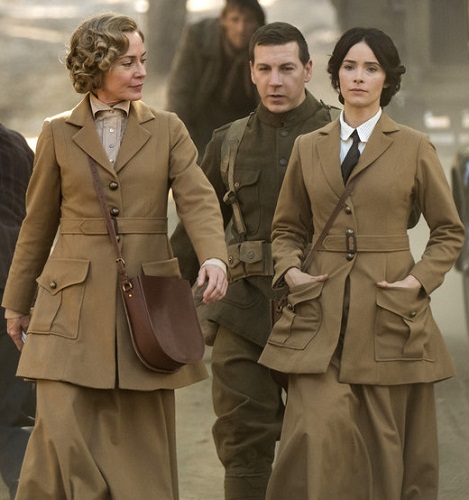 MOMMY ISSUES | In a heartbreaking scene, Lucy begged her mother to come home with her, and all would be forgiven, but Carol chose Rittenhouse. Mom then proceeded with the mission: bringing her World War I soldier grandfather (UnREAL‘s Michael Rady), who wrote about time machines, back to the present to be the group’s leader. While Carol — who even tasked Emma with making sure her other daughter can’t be brought back — is far from a perfect mother, viewers will “start to see [that] maybe she’s not all bad,” Spencer teases. “You’ll see that she’ll toe that line, and we introduce some new characters from Rittenhouse,” which will leave fans wondering, “Who are they really?”

THE NEW PLAN | With the discovery that Rittenhouse has planted sleeper agents in the past, the show’s weekly time trips are now about uncovering the bad seeds. “Lucy’s mission is no longer about keeping history the same,” Spencer says. Instead, the historian plans to use her “knowledge to actually prevent Rittenhouse from whatever it is that their masterplan is.” And that means big changes for history as we know it. “As the second season rolls on, because of actions by the Time Team and by Rittenhouse, the timeline becomes a little more untrustworthy,” Malcolm Barrett reveals.

FLYNN THE FRIEND | In the final moments of the premiere, Agent Christopher approached an imprisoned Garcia Flynn, who may be the key to finding the sleeper agents. “He has a lot of knowledge about who these people are,” Goran Višnjić shares. “He did a lot of traveling when they would not even know where he [was] or what he [was] doing. So he has a lot of intel on these guys.” But Flynn will only talk to Lucy, despite feeling betrayed by her. Is a truce on the horizon? According to Spencer, “their friendship really starts to grow this season.”

Timeless fans, what did you think of the season opener? Grade it below, then hit the comments to back up your pick!