The official trailer for A Series of Unfortunate Events‘ second season has arrived, and it features two words guaranteed to make the Baudelaire children shudder: boarding school.

Sure, living at Prufrock Preparatory School might seem like a nice alternative to being constantly pursued by Count Olaf. But the trailer above suggests that Violet, Klaus and Sunny will have an equally miserable time at their new academy, given the crab-filled shack they’re forced to live in, among other reasons.

But the Baudelaires also seem to find some hope in Season 2, in the form of a sibling duo with a similarly tragic backstory. And that really takes the sting out of Count Olaf promising to “obliterate” them “in the cruelest way imaginable.”

Season 2 of Unfortunate Events lands on Netflix Friday, March 30. Watch the trailer above, then take a look at the key art below before dropping a comment with your Season 2 hopes. 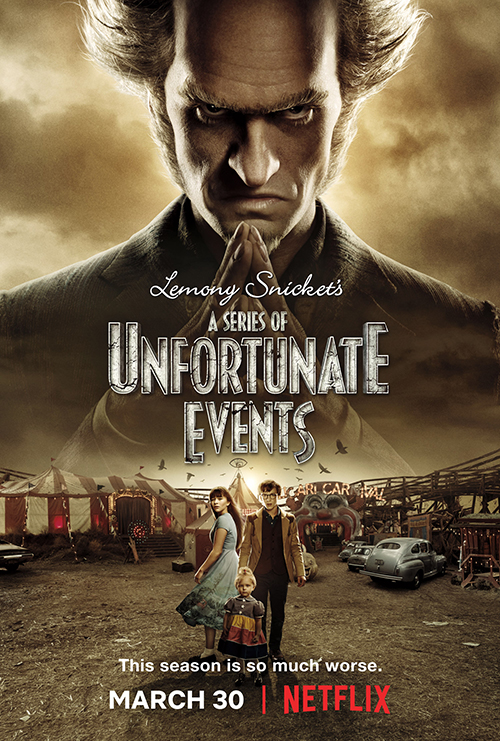