Remember that possible Hope-centric Originals spinoff we first told you about nine months ago? It’s due date may be approaching. Although The CW has yet to order the project to series, TVLine has learned that the network has signed deals with six actors — including Vampire Diaries vet Matt Davis — to star in the potential offshoot.

Also attached to the project: Danielle Rose Russell, who makes her debut as teenage Hope in The Originals upcoming fifth and final season, and Aria Shahghasemi, who similarly appears in The Originals farewell season as Hope’s love interest. 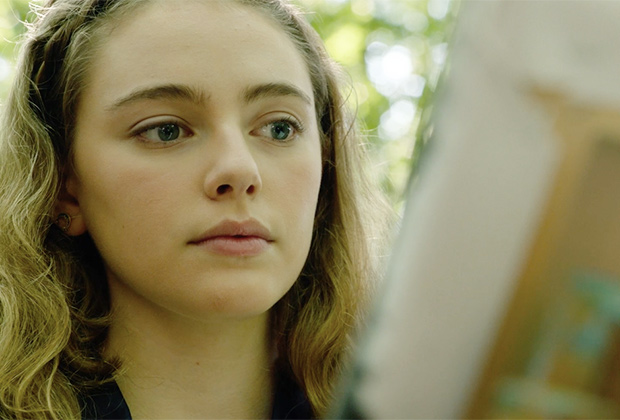 Rounding out the cast will be relative newcomers Quincy Fouse (The Goldbergs), Kaylee Bryant (Santa Clarita Diet) and Jenny Boyd; details on their characters are being kept under wraps.

Davis’ casting all but confirms that the potential series will be set in Mystic Falls at Alaric and Caroline’s Salvatore Boarding School for the Young & Gifted. Last year, Originals EP Julie Plec reminded TVLine that “the idea of the school as a safe haven for young supernatural beings certainly has a lot of relevance for Hope.”

In August, CW president Mark Pedowitz confirmed that the network is toying with the idea of launching a new series built around The Originals‘ Hope. “There’s been many conversations about the character Hope,” Pedowitz told reporters, before cautioning that “it’s too early in the process” to offer any concrete details. “Nothing has come out of it yet. [Series creator] Julie [Plec] really wants to get the final season of The Originals done.”

In the meantime, The Originals‘ fifth and final season will premiere Friday, April 20 at 9/8c.