Is iZombie‘s Ravi a member of the undead or not? The answer is kind of complicated. 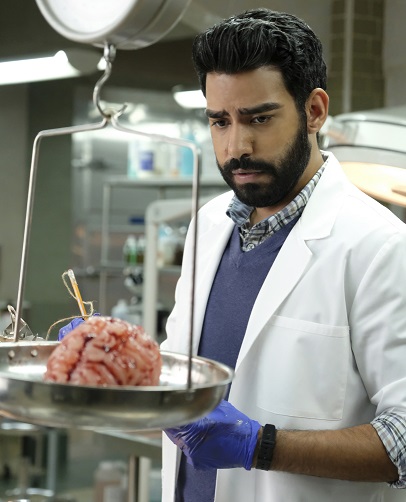 During Monday’s Season 4 premiere, the medical examiner gets a craving for brains as he’s doing an autopsy. What starts out as him gazing at a noggin like it’s a delectable chocolate soufflé ends with him chowing down on it. He then gets a streak of grey hair — but it’s only temporary. Since taking the proto-cure, Ravi’s turned into a zombie three times, for a 72-hour period. He considers the cure a success, even if he still regularly gets his “time of the month,” as Liv dubs it. So do we call Ravi a sorta zombie? I mean, Oz on Buffy was still a werewolf, even if he only turned during a full moon.

The episode picks up almost four months after zombies went public, and New Seattle is now under Fillmore-Graves’ control. A guillotine for the undead has been set up to enforce that there will be zero tolerance for scratching humans. Brain tubes are being mass-produced — and leaked on the black market, as Chase learns from Blaine, who’s forced to play informant to the Fillmore-Graves boss in order to stay in business. Also interesting: Blaine reveals that it’s become difficult to rent digging equipment. 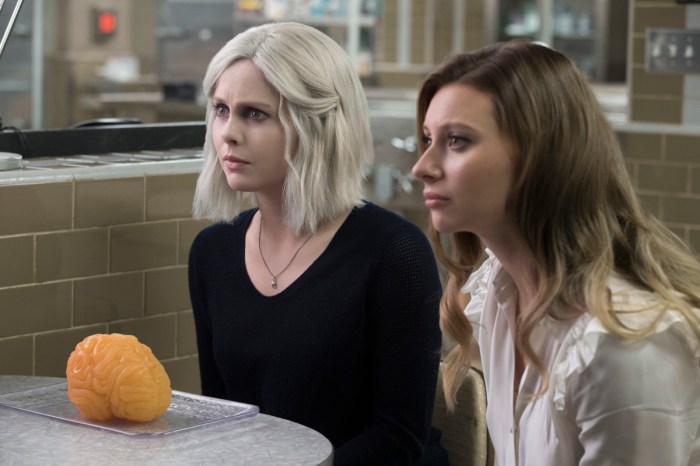 Meanwhile, an anti-zombie human terrorist group known as the Dead Enders has risen up. Zombie youth homelessness has also become a problem, as parents have exiled their kids. Chase asks Major to mentor some of the youth under the pretense of turning them into contributing members of society. In actuality, Chase is just looking for potential new soldiers, however inexperienced they are. Major reluctantly singles out two teens who will join his unit.

Life has also changed, although less drastically, for Liv, who can now openly discuss her visions during investigations. She and Clive even use one as “evidence” while confronting a suspect, who says he read that they’re inadmissible in court. (Liv’s brain of the week is a zombie-hating sports nut who was murdered by his wife in order to protect their undead son. Insert Seahawks reference here.)

Then there’s Angus, who’s had something of a religious experience. After Blaine’s right-hand man frees him from the well, an unkempt Angus walks into a church and begins spouting the words he heard Blaine say from above as the gospel of God. What Blaine said about Chase having an army, Angus interprets as God telling him that he needs an army. And Blaine’s sarcastic “Love you! Mean it! Ciao!” becomes “God loves you. He means it. Chow!” — as in chow down on the human priest’s brains. 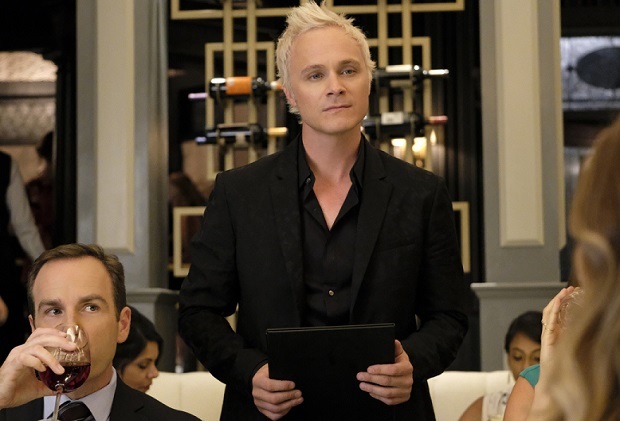 Finally, we definitely did not miss that longing look on Blaine’s face as Peyton and her new beau (played by Without a Trace‘s Adam Kaufman) dined at his cemetery-to-table restaurant. “I would have guessed the flounder,” Blaine responds after Peyton’s date orders the fish. Hee.

iZombie fans, what did you think of the season opener? Grade it via the poll below, then hit the comments to back up your pick!