Dear diary, color me impressed. As a huge fan of 1989’s Heathers, I sat down to watch the first five episodes of Paramount (fka Spike TV) Network’s reboot fully expecting to pull a muscle from rolling my eyes so hard and so often. Instead, version 2.0 of the black comedy made me feel like I’d had a brain tumor for brunch for ever having doubted the potential of the anthology series (premiering Wednesday, March 7, at 10/9c). 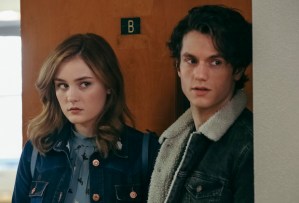 Heathers does what I imagined — no, make that what I was positive — was impossible. On one hand, it pays enough homage to the original to make its aficionados howl with delight. Not only does it include and/or paraphrase classic lines from the movie, it tosses in visual nods to the feature that are flat-out brilliant, whether subtle (check out Westerberg High’s vending-machine selections in the pilot) or not (an oversized container of hull cleaner features prominently in an art show).

On the other hand, the reboot updates and expands on the film’s premise, and has built in enough gasp-worthy shocks to leave on the edge of our seats even those of us who could tell you which of the original Heathers asked, “Why are you pulling my d—k?” Best of all, the deviations from the movie aren’t merely rendered with the same blistering tone that made the flick iconic (although, thankfully, the dialogue remains as brutal as it is witty). On the contrary, the changes bestow upon the Heathers a depth that — and I feel blasphemous for typing the words — their predecessors lacked. 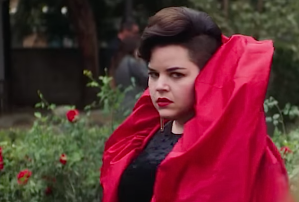 In the small-screen adaptation, Heather Chandler (Melanie Field in a star-is-born performance) is an ultra-PC mean girl who fancies herself a good witch. (Spoiler alert: She ain’t.) In addition to long-suffering sidekicks Heath(er) Duke (Brendan Scannell) and Heather McNamara (Jasmine Mathews), the alpha female’s entourage includes Veronica Sawyer (Under the Dome’s Grace Victoria Cox), who, as in the movie, finds herself drawn into a relationship with unstable JD (James Scully).

If there’s a problem with the show, I’m afraid JD is it. Scully seems like a fine actor, but this take on the character is so muted, especially at first, that he all but vanishes in the shadow of Christian Slater’s go-for-broke original. That said, as episodes pass and Scully lets loose a bit more, JD does become more what we need him to be — in other words, not just cute but compelling. 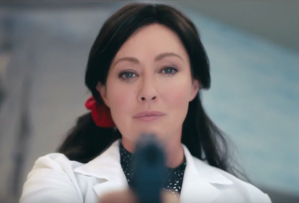 Luckily, in the meantime, Heathers throws us at every turn another treat — here a cameo by OG Shannen Doherty, there Selma Blair, a trashy treasure as Heather Duke’s stepmother — and invites us to lick it up, baby, lick it up! (Side note: You will.) The adults are as hilariously clueless as you’d dare hope, the kids fling zingers like they’ve been mainlining All About Eve, and the series’ unexpected heart actually answers the question, “What’s your damage?” In short, Heathers slays.

THE TVLINE BOTTOM LINE: Paramount Network’s reboot of Heathers is to die for. It isn’t as good as the movie; it’s better.