Dark twists are fine, but scenes that are lit so dimly we can’t tell what is going on, or even with whom, are quite problematic.

Yes, TV sets are making technological advances, and many of us might have a shiny new Samsung whose dark recesses are “none more black.” But it seems like you keep pushing the envelope, overusing dark, shadowy scenes to set a cinematic mood, at the cost of clarity.

Take The Walking Dead‘s midseason finale, which on paper alone challenged the viewer to follow along, dropping assorted characters in strange, new environs. But add to that the cover of too much night, and our recap’s Comments section was chockablock with people cursing the darkness. 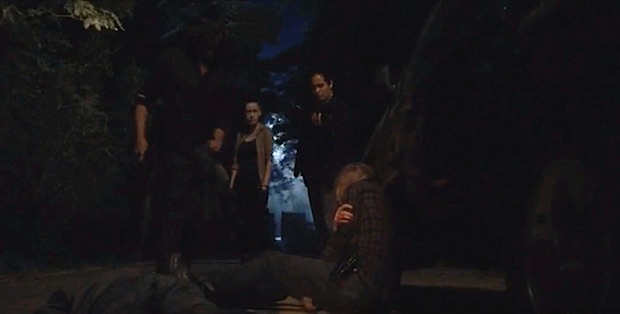 “The combination of how dark all the scenes were and which characters were where made the whole show confusing,” said TVLine reader The Beach. Added Joe, “It was so dark that I hadn’t a clue what was going on for like 90 percent of the episode, especially as they were constantly jumping from place to place, group to group, gunfight to gunfight. Can’t the ‘biggest show on television’ afford some lights?? Staring at a black screen for the whole episode made me feel like I was listening to a 1920s radio show.”

To cite a specific example, several readers didn’t pick up on the fact that Daryl had reclaimed his vest at the conclusion of a confrontation with Dwight (see screen grab above, or at least try). “I didn’t even know until I watched Talking Dead what had happened,” said TVLine reader Veronica, “and I’m sure it’s because it was too dark for me to see it.”

Even those with next-gen televisions were literally left… well, you know where. “I love this show, but gawd this was dark as hell,” commented AngelWasHere. “I was watching via high-def, but I could barely see anything. It was almost pitch black.”

And do not get us started on trying to decipher things when watching on, say, an iPad, during anything remotely resembling daytime! 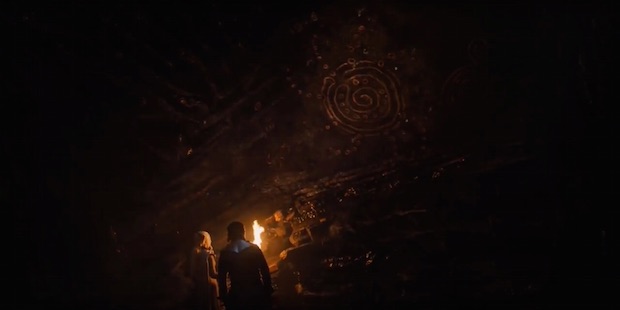 ‘Game of Thrones’: Jon could have carried a bigger torch for Dany

A quick poll of the TVLine staff immediately surfaced other examples, from Game of Thrones‘ Jon and Daenerys exploring the dragonglass cavern to Agents of S.H.I.E.L.D.‘s current outer-space saga, which has been told using a palette of dark to very dark grays. The Twin Peaks revival’s groundbreaking Episode 8 tested the grayscale ranges of even the fanciest TVs out there, Altered Carbon is a new example of a series set in an underlit future, and as Andy Swift noted of a dearly departed obsession, “I couldn’t even see half the scenes on Teen Wolf‘s final season.” 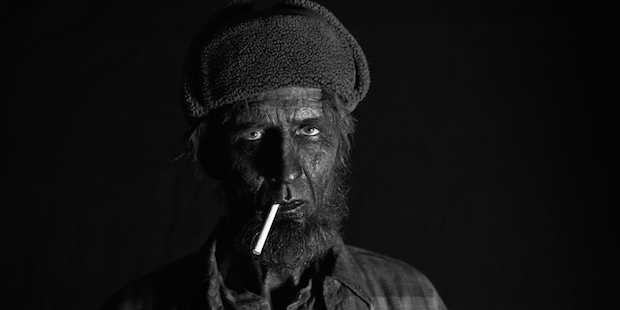 But enough about us. Know that the cast of your show also notices how their hard work can get lost in a morass of shadows, for reasons unbeknownst to anyone but the post producer making the final call on color timing/correction. “It’s so weird,” one drama star grumbled to TVLine when it was noted that an important reveal came across unclear, due to insufficient lighting. “If you see our show at a screening, in a theater, you see everything. But for some reason when it translates into TV it gets really, really dark. And that’s frustrating.”

How do maddeningly dim scenes even make it to air? “I’m guessing it’s a case of directors — and more often showrunners/producers — trying to get too cinematic,” suggests one veteran EP. “It could also just be a screw-up where people forget that their perfect set-up in their color timing doesn’t mean it’ll work for everyone.” And in the case of CGI-heavy shows, “It could also be a showrunner trying to hide sins.”

So, TV producers and directors, by all means aspire to be cinematic. Take steps to create a proper mood. But if at the end of the day, night is just too dark…? You risk leaving the viewer befuddled versus bedazzled.

Have certain scenes of certain shows left you in the dark? What are the worst offenders? Light a proverbial candle in Comments!