She’s baaack! Proving you can’t keep a good witch down, Rowena returns from the dead once again during this Thursday’s Supernatural (The CW, 8/7c).The redhead unexpectedly steps in to help after a pair of sister spellcasters steal a powerful book from the Winchesters, whose reaction to Rowena’s sudden reappearance is more “Here we go again” than “Holy crap!” 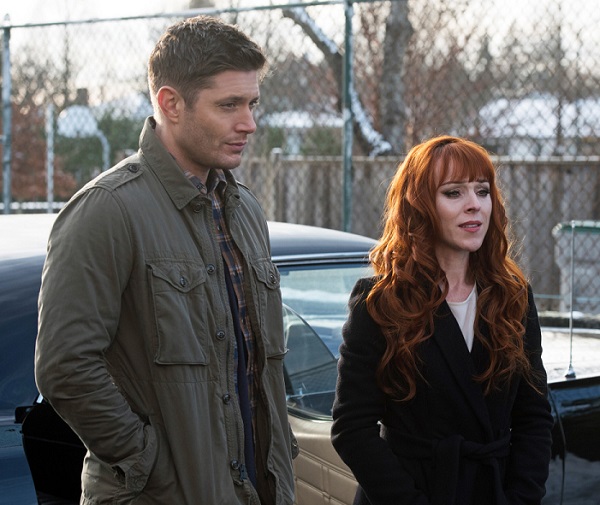 “They’ve been around the block with witches before. I don’t know how surprised they are [to see her],” Ruth Connell says, adding that her opening line to the boys is a “pretty classic” bit of Crowley dialogue.

Although Rowena’s remains were savagely burned by Lucifer during last May’s finale, Connell wasn’t surprised to learn of her character’s comeback. “I always knew it was a temporary pause,” the actress admits. Still, she was “genuinely disturbed” by Rowena’s demise while watching the season ender back in her native Scotland.

“It just showed me how quickly it can all go away,” Connell explains. “I actually felt some of the loss, even though I knew it wasn’t true, and the situation was going to change. It was so tough. I thought it was pretty disturbing, in a good way, because that’s the value women’s lives had, and that was the way they were treated. They were burned at the stakes… Rowena’s kind of meaningless to [Lucifer]. I liked how hard it was to take. I appreciated that as a viewer.” 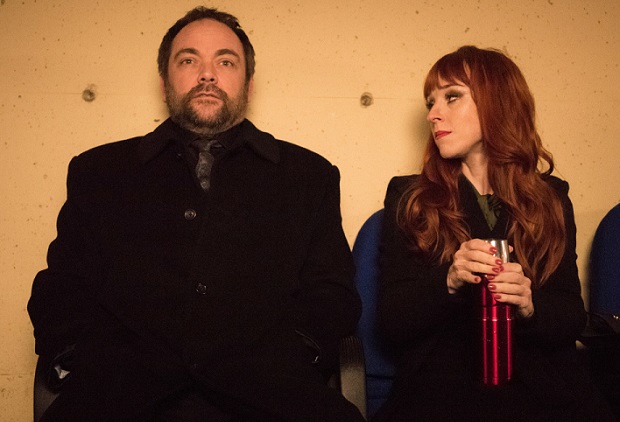 But Rowena is hardly a victim, as evidenced by her multiple rebirths. “She’s just this survivor, no matter what,” Connell describes. “As long as there’s a molecule of Rowena with some kind of life in it, she will come back. She will rise again.” And so she does during this Thursday’s installment, presumably thanks to a charm which she also supplied to the Winchesters’ enemy, Mr. Ketch. Rowena’s mysterious dealings with the Brit — who’s on the hunt for the witch — aren’t the focus of the “fun” hour, but another major twist is addressed: the death of Rowena’s son, Crowley. “The actual moment she finds out [he died] is in the episode,” Connell teases, “and her response [is] pretty telling.”

Could Mom have it in her magical abilities to bring back the former King of Hell? “If anyone could, she would be the one… but that would involve [actor] Mark Sheppard wanting to be resurrected,” Connell says. “I don’t know if that’s in the cards or not. I will definitely miss having him to work with, to play with me. It’s a loss, for sure, for Ruth, never mind Rowena. But I’m just really grateful that the writers are finding relationships and dynamics and reasons to keep me around.”