This hurts already. The Walking Dead won’t return for the second half of Season 8 until Sunday, Feb. 25, but just looking at these exclusive images from the episode — and knowing the grim fate that awaits original cast member Chandler Riggs’ Carl — yeah, it smarts. 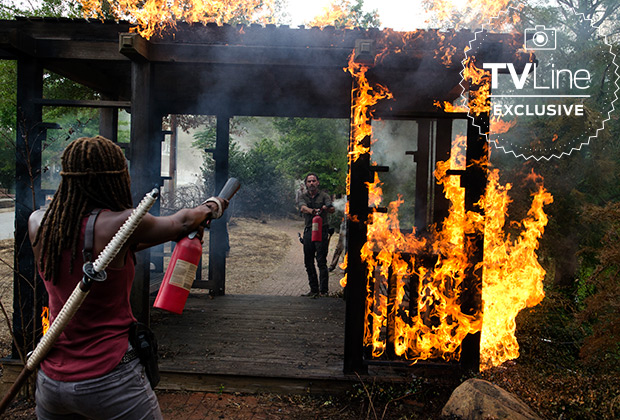 In the shot above, the teenager is seen writing a letter, perhaps the one that he was penning to his dad Rick in the midseason finale, perhaps another one (for girlfriend Enid, maybe, or surrogate mom Michonne?). In either case, the words that Carl chooses — being among his last if not his very last — are sure to have a profound effect on the letter’s recipient.

In the second photo, Rick and Michonne put out what is presumably one of the fires that was started when Negan and the Saviors’ bombings turned Alexandria into a literally hot property.

What say you, TWD fans? Are you looking forward to the AMC drama’s comeback or dreading the loss of yet another beloved character? Hit the comments.