There was light at the end of the dark tunnel for at least one Gallagher during Shameless‘ Season 8 finale.

In a brutally honest moment, Lip encouraged Sierra to give her ex another try because he isn’t sure of his own feelings for her. He’s been drunkenly sleepwalking through his whole life, so he doesn’t know who he wants to be or whom he wants to be with, he explained. Although the couple split up, Lip still ended Sunday’s episode on a positive note, happily driving off on his newly repaired bike.

Fiona — who achieved victory against the squatters in her apartment building — was on the receiving end of a brutally honest confession after she confronted Ford about the state of their romance. She wants him to be madly in love with her, but he told her that he’s not a lovesick teen… although he is happy with how things are going.

Elsewhere, Carl managed to escape his crazy wife Kassidi, and Debbie contemplated sharing custody with Derek. On a less happy note, Ian was arrested, while Kev and V discovered that Svetlana’s elderly hubby actually has a prenup.

Below, executive producer Nancy Pimental previews Lip’s new beginning, Fiona’s romantic outlook and more. The EP also addresses whether Ian is off his meds, and what his recent behavior means for him and Trevor.

TVLINE | I want to start off with the ending, and that image of Lip driving off on his motorcycle. What feeling did you want to leave the season off on with that?
That anything is possible for Lip, and that he is in control of his life, and that he’s taking his life back and has freedom to be him. 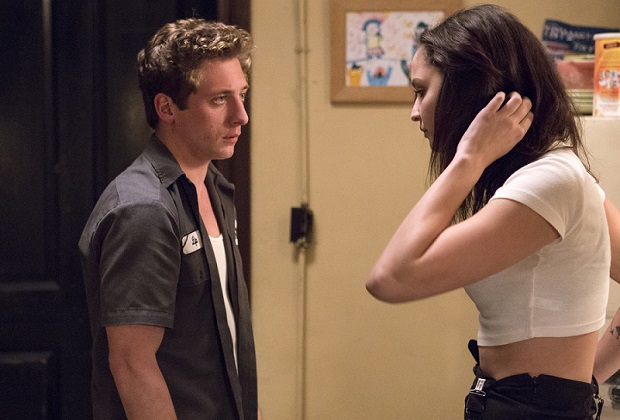 TVLINE | How much of his relationship with Sierra and his feelings for her were real? He’s sort of questioning it, so should we be questioning it, as well?
It’s kind of like how we all question things in our lives and relationships and feelings. You can say, “Yes, I loved this person,” but then the more you work on yourself or become self-aware, it’s like, “Wait, did I really love that person? Or did I love the dysfunction of it?” Fiona’s gone through a lot of that, too: “Did I just love the chaos? Did I love the co-dependency of it?” I don’t know if we ever know the real answer. But I think who he was in that moment, he did love her. But was that booze talking? Was that because it just reminded him of the role models he had, Frank and Monica? Was it that that’s all he knows? It’s a complex question that doesn’t necessarily have a real answer, I guess. 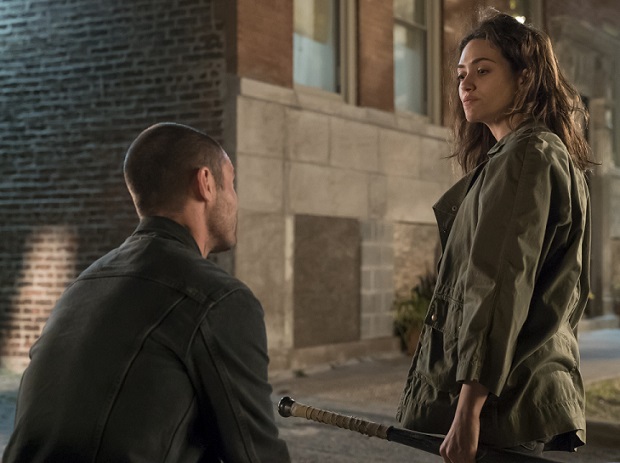 TVLINE | Several characters asked if Ian was on his meds, but we never got an answer. Did you intend to leave it on an ambiguous note?
Yes. With Ian, we constantly want the reminder that he does suffer from bipolar disease, and you never know with somebody who’s bipolar whether their actions and their behavior are just because they’re a passionate person, who’s just being self-expressed and finding themselves and finding a new hobby or direction. Or is it, “Oh wow, no, that is bipolar disease rearing its ugly head.” And also, as far as the meds, from research that we’ve done and the people that we know and the conversations that we’ve had about bipolar, the meds are so tricky. Because, I guess, people start to feel good, so then they don’t take the meds. But then they start to feel themselves going down the rabbit hole, so they take it, or they self-medicate, or they change. The meds constantly have to be re-calibrated. We wanted it to be ambiguous because it’s a hard question to answer. Because he probably takes it sometimes, and not other times. 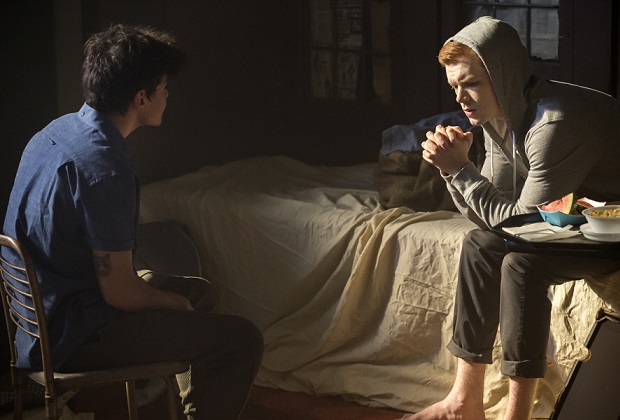 TVLINE | Has Ian’s behavior changed Trevor’s feelings for him? Is there hope for the two of them?
I don’t think there’s hope for them. Ian’s behavior has definitely changed Trevor’s feelings. Seeing how Ian had this kind of God complex… His actions started off pretty altruistically, but then he kind of turned a little megalomaniacal. That has turned Trevor off, for sure.

TVLINE | I was so happy and relieved to see Carl get on that bus to military school, and I’m kind of hoping he doesn’t come back because I’m worried for him. Were you purposefully trying to make Carl and Kassidi the modern-day equivalent of Frank and Monica?
Yeah, one hundred percent. Somebody else just asked me about that. They were like, “Why would you do that to Carl?” I’m like, “Because it’s Monica and Frank, and it’s all Carl knows! That’s his role model of love.”

TVLINE | Debbie and Derek’s situation left off on an open-ended note. Is she seriously considering sharing custody of Franny with him?
I think yes. That’s probably the direction we’re going to go. We wanted to show Debbie having some change, and growing up and realizing she needs to put what’s best for Franny in the foreground, and not necessarily hold a grudge. I think she’s matured somewhat. She’s worked hard this season, and certainly had some bumps and bruises, to say the least, but she’s worked hard at providing for Franny, in her own way.

Shameless fans, what did you think of the season ender? Grade it via the poll below, then hit the comments to back up your pick.