Supernatural took its second stab at a spinoff on Thursday with Wayward Sisters, and I think we can all agree that it was far more successful than the ill-fated Bloodlines offshoot. But did the episode leave you eager for a series order? 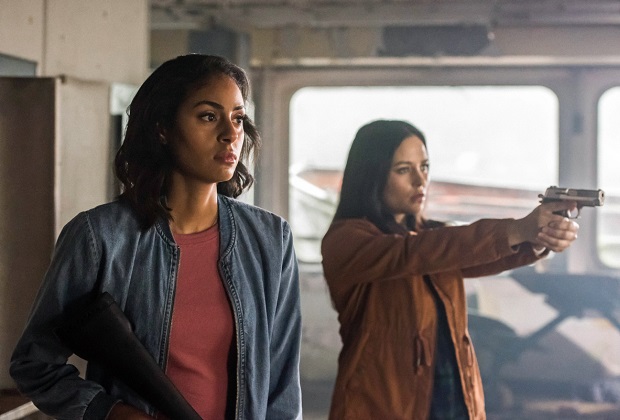 Before you chime in with your thoughts, let’s recap: The backdoor pilot kicks off with the sisterhood’s very own “Then” montage and a rollicking hard-rock anthem courtesy of Halestorm’s “I Am the Fire.” You know who has a fiery spirit? Rebellious hunter Claire Novak, who poses as a delivery woman with a package addressed to “Mr. Werewolf.” After shooting the monster and saving a little girl, Claire gets a call from her surrogate mom Sheriff Jody Mills, informing her that Dean and Sam are missing. With that news, the teen returns home to find that much has changed: Her sis Alex is now working part-time as a nurse’s assistant, and Jody has taken in another teenage girl, psychic Patience, who had a vision of Claire dying. The blonde brushes off the ominous warning, then gets into a squabble with Jody about her overprotective ways.

Back to the mission: To save Dean and Sam, the women first need to find dreamwalker Kaia, who is admitted to the hospital where Alex works. When Claire goes to talk to her, the two are attacked by a grotesque, alien-like creature. As Claire and Kaia bond over their battle scars, the former realizes that Bad Place monsters were able to cross worlds because the door is still open. And if the rift remains open, Claire & Co. can get to the boys, who are commiserating over cooked lizard about their dire circumstances in The Bad Place. (“Don’t tell me it tastes like chicken,” Sam says, to which Dean responds, “No, Sam, it’s a lizard. It tastes like a lizard.”) 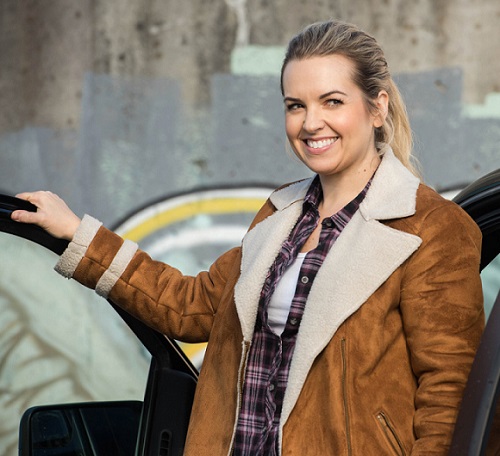 Meanwhile, Patience decides this life is “too freaky” for her and packs up to go home, but is stopped by another vision of Bad Place monsters attacking Jody’s house. The group hits the road and meets up with plucky Sheriff Donna Hanscum, who’s become a vampire-killing badass with an arsenal of weapons. (Confession: I’ve been iffy on Donna since her introduction, but she was my favorite in this episode.) Her flamethrower is especially helpful when the girls have to come to Jody and Donna’s rescue in the abandoned shipwreck. “I called. You didn’t answer. We worried,” Claire explains simply.

While Jody, Donna, Patience and Alex ward off the monsters, Claire and Kaia travel through the rift and find the brothers. As they’re about to escape back home, a mysterious hooded figure appears and throws a dagger at them. Kaia pushes Claire out of the way, and ends up getting fatally stabbed. Then we get our first look at The Bad Place’s ginormous, not-a-dinosaur creature as Dean and Sam urge Claire to jump through the rift. 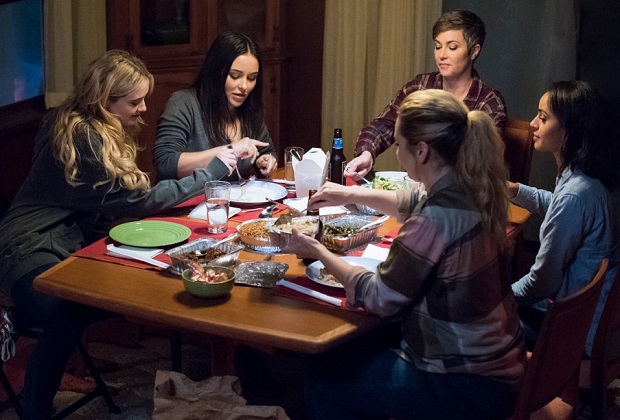 Back in the our world, Jody cradles a devastated Claire, who feels like she broke her promise to protect Kaia. Off that loss, Claire decides to stay home — but not because she’s broken. “I’m staying because I need them: my family, my army,” she declares via voiceover. Plus, “the thing that killed Kaia is still out there, and I don’t care if I have to tear another hole in the universe, we’re going to find it. And I’m going to kill it.” That may be easier said than done because that thing looks exactly like the dreamwalker, as we discover when the doppelgänger comes through the rift and takes off her hood. (The way she was concealed the whole episode, it had to be someone’s lookalike!) And thanks to that twist, plus Dean and Sam’s warning that more “freaks” may have traveled over while the door was open, we finally have an explanation for how the potential spinoff could be a one-town monster-fighting show.

Supernatural fans, what did you think of “Wayward Sisters”? Would you tune in for a series based off the pilot?