I wouldn’t blame you if Thursday’s episode of Project Runway All Stars left a bad taste in your mouth.

The food-centric hour began with the remaining 14 designers arriving at New York City restaurant Daniel, where they learned that their seat partners would also be their partners in this week’s challenge. (Wait… Didn’t Alyssa Milano promise there would only be one team challenge this season? Do “pairs” not count as “teams”? How high up does this conspiracy go!?)

Anyway, each duo was tasked with designing a pair of elegant looks — inspired by the wine and the food they had at Daniel — that complement each another. The winning team would get to come back to Daniel for a five-star dining experience, while both members of the losing team would have to back their bags. Cue the #DoubleEliminationPANIC.

If you’re like me, you probably assumed that Candice and Merline — who spent most of the hour fretting that they didn’t have enough time to finish — would be the designers sent home. My suspicion only grew when Georgina Chapman told Merline that she was “so upset” with her “imprecisely” sewn and “bothersome” ensemble (pictured left): 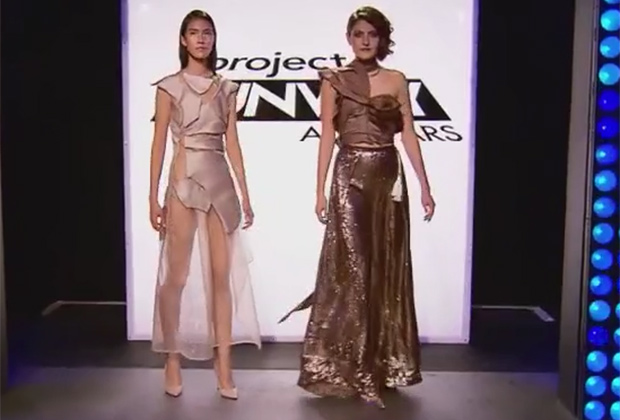 But no! In a surprise (and highly questionable) twist, Melissa and Ari were the designers sent home this week. Check out their losing looks below: 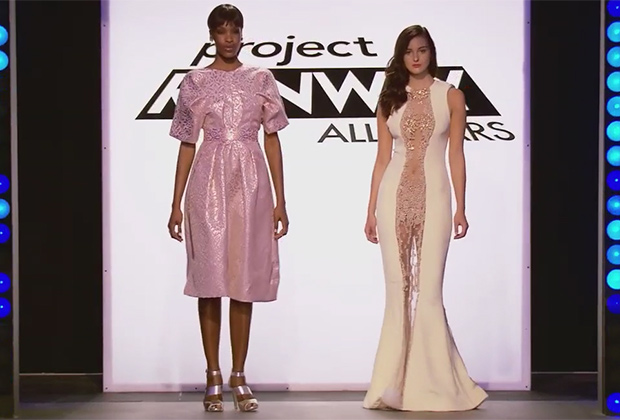 “It sucks to go home today, but I’m just so thankful that I got this chance to come back,” Ari said as she made her way off the runway.

Added Melissa, “It just feels awful to have to leave. We really worked hard and we really tried to create this harmony together, which we thought we did.”

That left Ken and Fabio as this week’s big winners. Behold their top designs below: 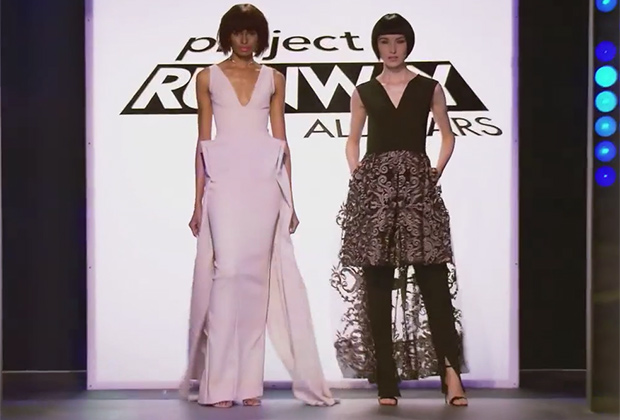 “We won because the pairing of the colors is stunning,” Ken said of his and Fabio’s work. “The bobs, the presentation — everything is on point.”

Do you think the right designers were sent home this week? Drop a comment with your thoughts below.