“[She] is just a little more assertive this year, which I really love,” star Torrey DeVitto tells TVLine. Case in point: During this Tuesday’s episode (NBC, 10/9c), the doc finds herself (and Dr. Choi) going up against Dr. Charles when it comes to a mother and her child’s care.

“We have the baby as our patient, and the mother is Dr. Charles’ patient,” the actress previews. “It becomes this battle of, We each have to take care of our patient, and if it’s conflicting, how we should go about that? It definitely causes those uncomfortable situations where there’s a lot of disagreement.”

Also disagreeing at work? Natalie and her beau Dr. Will Halstead, who’s also got his work cut out for him at home, trying to win over his girlfriend’s young son, as DeVitto previews in the following Q&A. 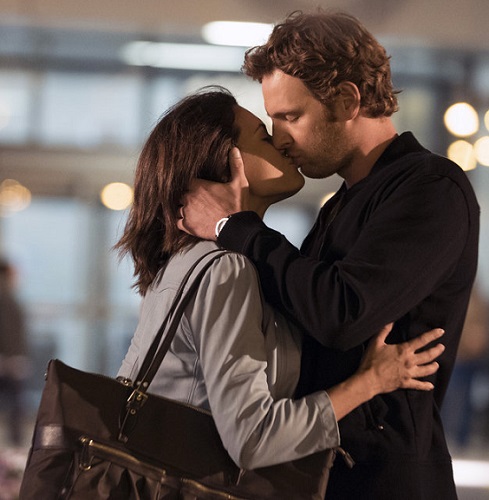 TVLINE | Were you relieved that the writers weren’t going to drag out the will-they/won’t-they between Will and Natalie, and just decided to delve into the relationship?
Yes, and I love that Natalie was the one, in that kiss, that took the initiative, because I feel like he’d been taking so many initiatives, and she was [hesitant]. It really worked out well. I feel like everybody wanted it. It was just like, “Just get it over with already!” [Laughs]

TVLINE | Over the past few seasons, there have been a lot of moments where it’s been almost, but not quite, with them. What made the timing right for them now?
I think where she was on her journey, she went through her grieving process, and then she almost got a little angry and was in a more standoffish place. And then dating Jeff, I think, was a way for her to still hold on to her dead husband, as well, in a really odd way. But now she just finally has let go of all of that and has moved on, and she’s in a better place, so it was the right timing.

TVLINE | So far this season, Will and Natalie have done a pretty good job of balancing work and their relationship. Are there specific instances where it becomes an issue?
Yes, Episodes 13 and 14. In Episode 13, you see them conflict big-time on how they think something should be handled, and it causes a big issue between them. And then the next episode, the one that we’re actually filming now, you see Natalie kind of take a stance and own herself as a woman, and just not want to put up [with] anything anymore. It’s really an interesting and exciting episode, especially with what’s going on in the world right now, and the way she stands [up] for herself. I literally called our showrunners, and I was like, “Thank you for giving me this storyline!” Because it’s so powerful. It’s so poignant, too, because [for] so many professionals, there is that struggle right now. We’re going through that balance with men and women, and so to actually be able to speak on that and perform that was really exciting. 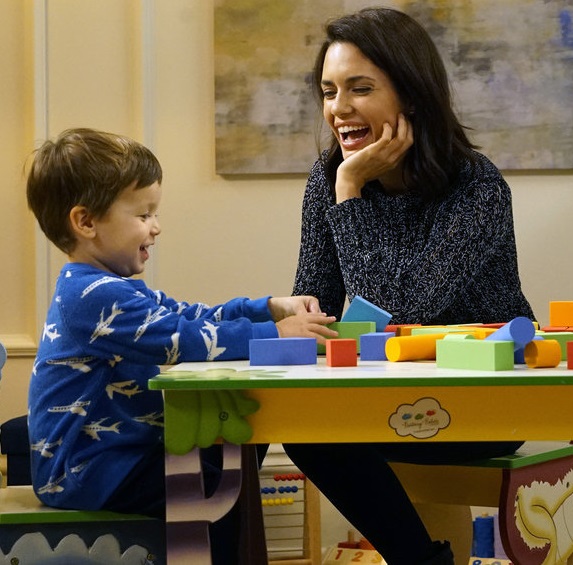 TVLINE | Natalie has a son at home. Are we going to see Will and him interact?
Yes. Owen comes back, finally. I feel like I was getting a lot of tweets like, “Where’s your son?” I was like, “Oh, God. He’s at daycare.” [Laughs]

TVLINE | He must be so big by now!
Yeah, he’s a little two-and-a-half[-year-old] boy that came in, and he was so cute. I saw him on set, and I was like, “Ari, do you remember me?” and he’s like, “Yeah, you’re my pretend mommy.” It melted my heart. That’s another thing I love, that I get to stand in the space of being that woman who is making it all work — her career, she has a family — and she’s doing it all on her own. And now she’s dating on top of it, and it’s finding that balance of, “When do I let my son meet the person I’m dating?” You have to tread so lightly.

TVLINE | How does Will take towards that family dynamic? Is it an easy transition for him?
I wouldn’t say easy. I don’t think it’s easy for anyone, so that makes it fun, too. But he definitely tries very hard. [Laughs]

TVLINE | Natalie almost asked Will’s brother Jay out last season. Do you think, if the three of them got together now, that it would be awkward?
No, because it didn’t go far enough for it to be awkward. But when I saw that was happening, I did reach out to our writers. I was like, “First of all, people are going to hate Natalie because everybody loves ‘Manstead’ together. And also, if you ever want ‘Manstead’ together in the future, you can’t have her dating his brother now. Natalie already dated her dead husband’s best friend! Hello! [Laughs] She’s just crossing all sorts of lines and boundaries. I just think we need to take a step back here.” But it was an interesting choice. I was going to go with it, but it just didn’t work out.