Family Guy‘s 300th episode was, for lack of a better word, stuffed with drama.

After accidentally eating (most of) Rupert in a drunken stupor, Brian accompanied Stewie to Vermont to spread his beloved toy’s ashes, learning a lot about their relationship along the way — most notably that Stewie’s attachment to Rupert stemmed from a deep-seated insecurity that Brian wouldn’t always be there. 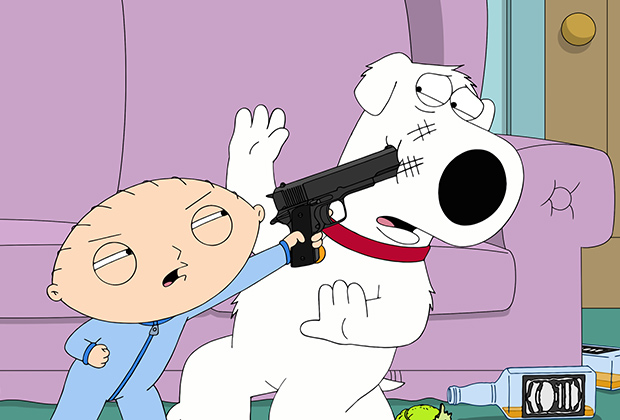 The milestone episode ended with Brian buying a new Rupert, which Stewie immediately believed — or chose to believe — was his original toy, back from the great beyond. “And in the world of stuffed animal spirits, can we say he’s wrong?” executive producer Rich Appel poses to TVLine. “Stewie is really the one who gave Rupert life, so their bond is going to be the same. It’ll be business as usual moving forward.”

Another recurring theme this week was the Fast and the Furious movies; the episode began with Stewie watching (and ranking) the series, then ended with Rupert driving off into the cosmos alongside the late Paul Walker. If you’re wondering where all of that came from…

“Cherry Chevapravatdumrong did a spectacular job writing this script, and  Stewie is really just channeling her,” Appel explains. “She is obsessed with that series, and the ranking Stewie goes through … she will fight to the death defending it. We, of course, didn’t alter her ranking or her rationale. But that was among many of the things she brought to the episode, a sincere knowledge and love of that series.”

He adds that Walker’s appearance was not meant to be a joke, but a “genuine” tribute to the actor and the series.

Your thoughts on Family Guy‘s 300th episode? Grade it below, then drop a comment with your full review.