THE PERFORMANCE | As the star of NBC’s most underrated comedy, Briga Heelan is asked to perform any number of ludicrous stunts in a given episode. This week’s installment, for example, began with her yelling at her breasts (named after Ninja Turtles villains Bebop and Rocksteady) to “be cool!” and ended with her voluntarily triggering her own irritable bowel syndrome in the hopes of staving off a forbidden lover. (Spoiler alert: It didn’t work.)

There’s no limit to the show’s zaniness, which is good news — or, rather, great news — for Heelan, who handles whatever the show throws at her like a champ. And never has her versatility been better displayed than in this episode. (And we haven’t even mentioned her best line of the night: “Greg’s butt’s like two dinner rolls from Red Robin!”)

But Heelan is so much more than just a laugh riot with shampoo commercial hair. The final scene of the episode, in which Katie’s mother revealed that she’s been hardcore meddling in her budding relationship with her co-worker, also allowed Heelan to showcase her dramatic chops. Her terse, teary dismissal provided the kind of moment that makes you think, “Wait, was this the season finale?” (which it wasn’t) then proceed immediately to Change.org to help make sure the show gets a third season. 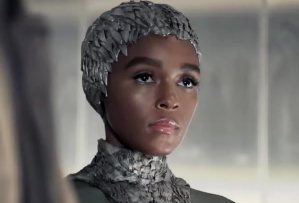 HONORABLE MENTION | Among the many familiar faces in Amazon’s Philip K. Dick’s Electric Dreams anthology series, it was recording artist Janelle Monae — in only her third on-camera acting role — that most wowed us. Though film and TV have served up plenty of androids, cyborgs and what not, Monae was memorable as one helluva CSR for the episode’s titular “Autofac,” a megafactory that has a dystopian Earth at its mercy. With precise head swivels and calculated blinking, her Alice was both oddly colloquial (thanks to next-gen programming) and icy-cool (refusing her kidnappers’ wishes). But as the episode’s big twist unspooled — no spoilers here! — Monae effectively registered the android’s confusion, distress… and maybe even a bit of heartbreak. 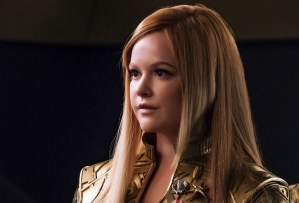 HONORABLE MENTION | All season, Star Trek: Discovery‘s Mary Wiseman has been a reliable source of comic relief as fast-talking, socially awkward cadet Tilly. So it was a blast to see Wiseman switch things up and let her hair down (literally) when Tilly was forced to pose as her mirror-universe doppelganger: the ruthless captain of the Discovery. Wiseman still allowed that trademark Tilly awkwardness to peek out when she hilariously sputtered, “What the heck, heck, hell?” during her first official communication as captain. But Tilly quickly adapted as boss, with Wiseman convincingly barking out lines like, “The only pleasure I take is the blood of my enemies staining my uniform.” We do want our old Tilly back at some point, but for now, we’re enjoying Wiseman’s seamlessly executed personality swap. 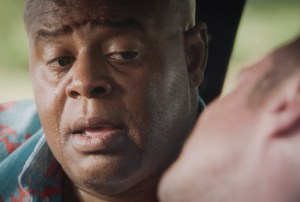 HONORABLE MENTION | Every time Hawaii Five-0 sets Chi McBride for a character-driven showcase, he delivers. In what was largely a two-hander between him and guest star Devon Sawa (who had us rapt as a suicidal murder suspect), McBride not for a half-second had us doubting Grover’s resolve as he took control of the situation and, often against the professional negotiator’s advice, did what he deemed necessary to keep a life from ending. But damn, when Lou eventually segued into the darkest part of his own previous experience with a suicide, complete with gut-punching flashbacks to the time he, too, turned a gun on himself, your eyes could not help but pump out tears just as his did.