On Thursday’s Project Runway All Stars, the only things more distressed than the designs were the designers themselves.

The remaining 15 contestants were tasked with creating post-apocalyptic looks, and while few of them could even pronounce “post-apocalyptic,” they all turned out interesting designs that — at the very least — held Isaac Mizrahi’s interest. (And isn’t that half the battle on this show?)

Anthony appeared to struggle the most with this week’s challenge, as even his fellow designers could tell he was “freaking out” in the workroom. It wasn’t until Anne Fulenwider re-explained the concept to him that he began to understand what needed to be done, at which point he did the damn thing, finishing the runway on top: 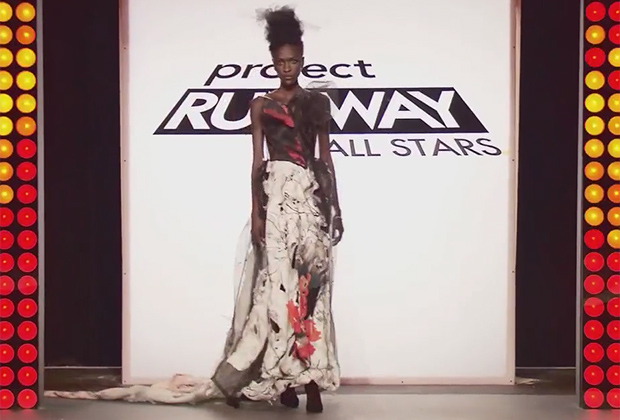 “I won the challenge and I feel terrific about it,” Anthony said afterwards. “But it’s my third time on Project Runway, so winning a challenge most definitely does not change my approach. It’s onward and upward to the next challenge.”

Sadly, not everyone emerged from the post-apocalyptic challenge unscathed. Despite having one of the most interesting backstories for her character, Kelly‘s party-ready ice princess earned her a big fat elimination: 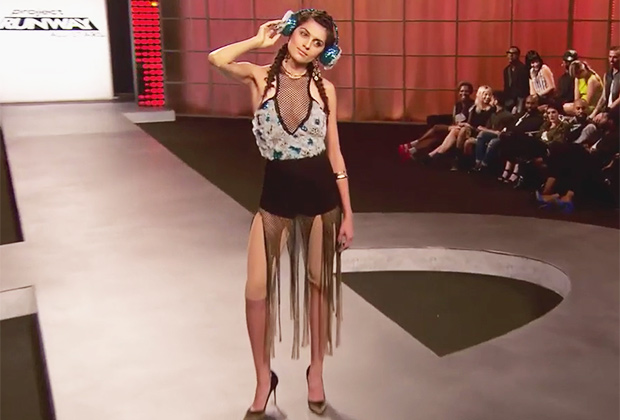 “I know that my aesthetic isn’t for everybody,” she admitted. “I’ve been dealing with that my whole life. I feel like I’m definitely meant for some crazy life journey, and maybe Project Runway All Stars isn’t the thing. I’m happy that I was who I am. I’ve always been me, and I’ll never change.”

It should also be noted that Stanley’s look, which the judges didn’t consider distressed enough, nearly earned him this week’s elimination over Kelly: 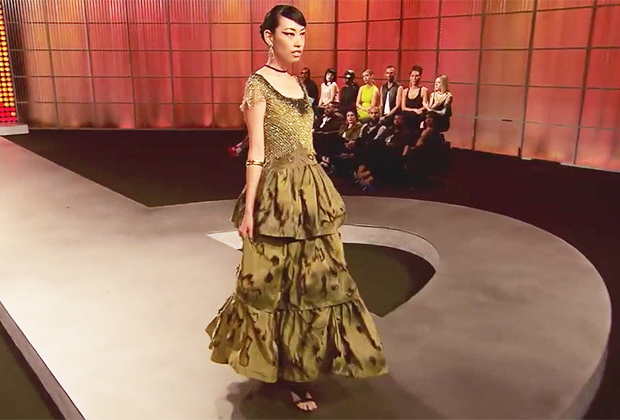 Let’s talk: Did Kelly deserve the boot, or should Stanley have been sent home? And did Anthony earn top honors? Drop a comment with your thoughts below.