The Fosters‘ Season 5B premiere on Tuesday was not kind to one couple, who found themselves breaking up.

During a mature heart-to-heart, Callie told her boyfriend Aaron that they need to rebuild their relationship as friends, because they both have trust problems that are causing them to be “very nasty” to each other. Although the pair split, “you’re going to see a lot of Aaron in this season,” star Maia Mitchell reassures TVLine.

Reflecting on Callie’s complicated relationship history, which includes ex AJ (pictured above), the actress notes that the teen “has a lot of trust issues and is quite a withdrawn person. So whenever she feels like things are shaky, or she doesn’t feel one hundred percent comfortable or safe, she kind of withdraws and is a little bit self-sabotaging. So you’re going to see the push and pull of that dynamic.” 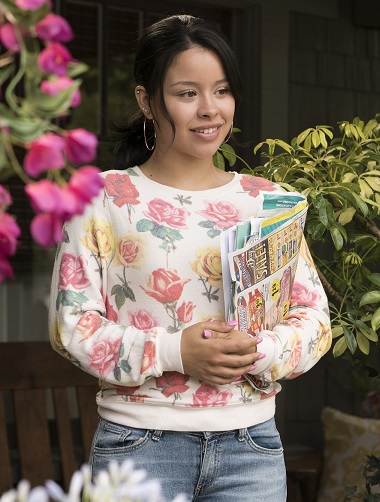 While Callie is dealing with her split, the currently single Mariana has a lot of options as far as love interests in the final season. “When it rains, it pours,” executive producer Joanna Johnson shares. “She finds herself with a number of suitors, and in the position to pick and choose and decide what she wants.” Could Mariana’s unstable ex, who reached out to her via text about Anchor Beach Charter School, be one of those potential contenders? “We will see Nick, but I think he would be an unwanted suitor, considering that he’s mentally imbalanced,” Johnson says.

But the girls aren’t just concerned with boys. Mariana is “really starting to become comfortable with who she is and what that means,” Cierra Ramirez describes. “She has all these goals and ambitions you’ve seen throughout the seasons. She’s definitely not going to let anyone stop her.”

Simply put, Mariana and her sis Callie are “being bad bitches!” Mitchell shares with a laugh. “They’re becoming empowered.”

For Stef, the emotional season opener was such an intense experience that she twice forgot to breathe — literally. The mom’s anxiety issues will continue to be explored, with Brandon helping her out during one upcoming scene. “We learn a little about the history there, and how this has actually happened before,” actor David Lambert previews. Meanwhile, Stef will be “stepping in and helping her son with this very heavy situation that he finds himself in” with his girlfriend Grace, who has leukemia. 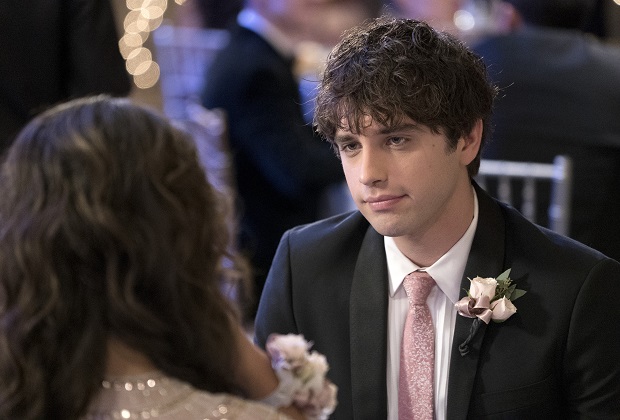 “[Grace] kind of turns the tables on him and causes him to start focusing on himself as well,” Lambert continues. “She’s going to end up being one of the more important people that’s ever come into his life. You’re going to feel the growth of Brandon. He really does start looking at himself and deciding what he wants to do with his life.”

Fosters fans, what did you think of the premiere? Grade it via the poll below, then hit the comments to back up your pick!