NBC’s The Brave returned from its holiday break to barely 3 million total viewers and a 0.6 demo rating, down 33 percent on both counts (from its most recent, apres-Voice airing) to (obviously) hit season lows. 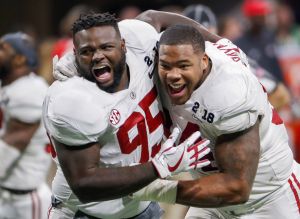 Of note: ESPN’s coverage of the College Football Playoff National Championship, which kicked off at 8 pm, delivered 28.4 million viewers, up 12 percent year over year.