Season 2 of FX’s American Crime Story has big gloves shoes to fill. Ryan Murphy’s true-crime anthology kicked off in spectacular fashion with The People v. O.J. Simpson, which injected fresh drama into the infamous Trial of the Century on its way to nine Emmys. Two years later, ACS is finally back with The Assassination of Gianni Versace — debuting Wednesday, Jan. 17 at 10/9c — and though the new season does offer some excellent acting and a sumptuous visual flair, it falls short of the very high bar that O.J. set.

The 1997 murder of revered fashion designer Gianni Versace (Edgar Ramirez) at the hands of serial killer Andrew Cunanan (Darren Criss) is a lesser-known case than O.J.’s, and Murphy and writer Tom Rob Smith (London Spy) tell a much different story here, trading the drab L.A. courtroom scenes of O.J. for the colorful environs of Miami’s South Beach. Versace’s opulent mansion is a study in decadence, drenched in saturated hues and loudly contrasting patterns, and the series itself follows suit: It’s almost operatic, and filled with grand emotional gestures. A triumph of set design and cinematography, Versace is a feast for the eyes… even when the storytelling leaves you hungry for more. 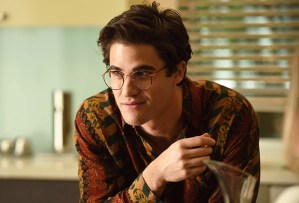 The premiere opens with a masterfully tense recreation of Versace’s murder, then backpedals to tell us how he happened to cross paths with his killer. (The luxurious trappings of Versace’s life stand in stark contrast to Cunanan’s life as an aimless drifter.) Really, though Versace’s name is in the title, this is Andrew Cunanan’s story, detailing his previous murders and how he managed to elude authorities for months. As a result, the bulk of the season falls on Criss’ shoulders — and the Glee alum responds with a riveting, chilling performance.

Cunanan is a fascinating character: a hustler, seducing older men and stealing their money, and a compulsive liar, constantly spinning impressive lies about his past. (“I tell people what they need to hear,” he explains early on.) Criss uses his natural charms as a finely honed weapon here, showing us how Cunanan was able to fake his way through life for so long, while also giving us fleeting glimpses of the crushing loneliness lying underneath. Plus, he doesn’t shy away from Cunanan’s ugly brand of sadism. A scene of Cunanan wrapping an elderly client’s face in duct tape to the strains of Phil Collins — part American Horror Story, part American Psycho — left me literally gasping for air. 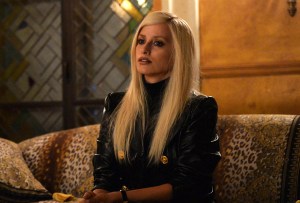 But Versace noticeably stumbles when it turns its attention to its title character. Ramirez does a noble job as Versace, but perhaps it’s too noble; the series portrays the iconic designer as saintly… and therefore boring. Versace‘s treatment of him is just too polite, airbrushing out the kind of warts that make a biopic interesting. Penelope Cruz has real fire as Gianni’s sister Donatella — confrontational and fiercely protective — but her tussles with Gianni’s partner Antonio (Ricky Martin) over her late brother’s legacy don’t amount to much, rendering the Versace half of the series dramatically limp.

Actually, it’s less than half: Later episodes — I’ve seen five of the nine installments — leave out Gianni almost entirely, focusing on Cunanan’s earlier life and crimes. (Episode 3 is a nice showcase for Judith Light, as the wife of Cunanan victim Lee Miglin, but otherwise is an unnecessary detour.) The FBI manhunt for Cunanan following Versace’s death should be thrilling, but it feels flat, almost obligatory, without any of the character nuance that Marcia Clark, et al received in O.J. And the further Smith’s scripts spin away from the central Versace murder — into a Cunanan victim’s struggles as a gay man in the military, and Versace’s days as a young designer — the thinner the narrative thread becomes.

After a while, as powerful as Criss’ performance is, even the Cunanan scenes start to feel like overkill: repetitive and methodical, to the point of becoming dull. There’s just not enough story here to justify nine hours of television. Maybe it’s unfair to compare Versace to O.J., one of the best seasons of TV in recent years. But even Paramount Network’s upcoming miniseries Waco, starring Taylor Kitsch as cult leader David Koresh, does a better job of transforming true-crime headlines into compelling drama. Overall, Versace ends up being an intensive character study of a complicated killer… and not much else.

THE TVLINE BOTTOM LINE: American Crime Story: Versace has visual flair and a great performance from Darren Criss, but it’s lacking in drama and nuance.