Searching for the most uncomfortable moment from Sunday’s Golden Globes red carpet? Look. No. Further. 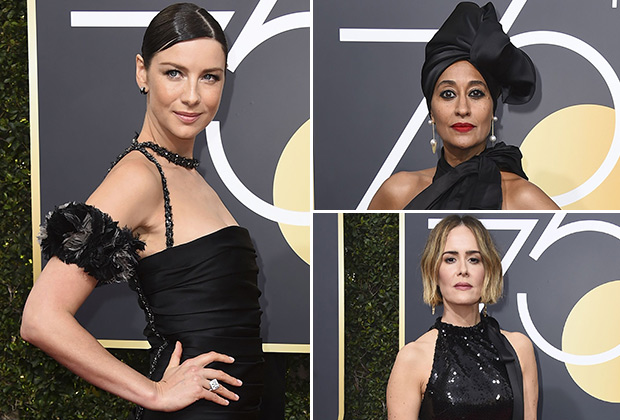 During a live interview with E!’s Giuliana Rancic, Debra Messing — who wore black in solidarity with the Time’s Up movement, which aims to wipe out sexual harassment and intimidation in the workplace — addressed the recent departure of E!’s Catt Sadler, who chose to leave the network when she discovered the disparity between her salary and that of her male co-worker.

“I was so shocked to hear that E! doesn’t believe in paying their female co-hosts the same as their male co-hosts,” Messing said. “I miss Catt Sadler … and we stand with her. That’s something that can change tomorrow, you know? We want people to start having this conversation that women are just as valuable as men.”

Watch the uncomfortable moment unfold below:

Debra Messing drags E! (while being interviewed on E!): “I was so shocked to hear that E! doesn’t believing in paying their female co-hosts the same as their male co-hosts” pic.twitter.com/HF3B2uhwtF

–
Though Rancic didn’t directly respond to Messing’s comments, she did say this shortly afterwards:

“I want all of you at home to know, of course, there will still be all the fun and excitement moments you’ve come to expect from the E! red carpet, but we also want to embrace this moment and allow these celebrities who have a big voice … to speak on behalf of millions who don’t. I’m truly looking forward to some great conversations.”

Several other celebrities, including Sarah Jessica Parker and Eva Longoria, mentioned the controversy at E! during subsequent on-air interviews.

Hit PLAY on the video of Messing’s awkward interview above, then drop a comment with your thoughts below.