THE PERFORMANCE | To be clear, the entire crew of Black Mirror‘s terrifically twisty sci-fi adventure deserves a commendation, including Jesse Plemons for his vengeful-nerd fury and Westworld‘s Jimmi Simpson for deftly balancing humor and heartbreak. But even in the midst of a loaded cast, Milioti stood out as “USS Callister’s” plucky heroine, armed with equal parts guts and grace.

Playing new hire Nanette, Milioti was innocent and flirty at first, with Nanette marveling at her boss Robert Daley’s high-tech wizardry. But that innocence vanished quickly once Nanette found herself trapped in a Star Trek-like simulation along with her colleagues, reduced to mere playthings in Daley’s demented fantasy. Milioti nailed the episode’s most hilarious line when Nanette noticed her virtual self’s lack of genitalia and growled, “Stealing my p—y is a red f—ing line!” And she snapped convincingly into kick-ass mode as Nanette led the Callister‘s crew in a secret coup against their paunchy tormentor, eventually settling into the captain’s chair herself with a well-earned confidence. (It’s almost a shame it’s a one-off; don’t you kind of want to see what happens next?)

It’s a fantastic showcase for Milioti, who — after a brief run on How I Met Your Mother and an even briefer run on NBC’s short-lived A to Z — really deserves a sitcom of her own already. Funny and charming, brave and resourceful, Milioti’s Black Mirror performance proves once again that as far as her acting abilities go, the sky’s the limit. 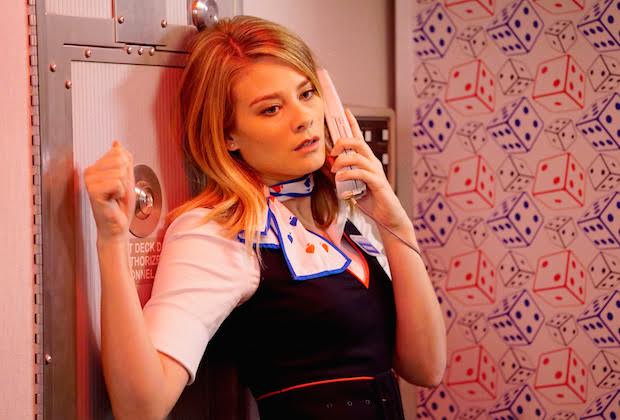 HONORABLE MENTION | Just how engaging was Kim Matula in the pilot for LA to Vegas? She was so engaging that, by the time her Jackpot Airlines stewardess Ronnie Messing had finished wrestling her way into her uniform while running through the terminal to her gate, we had brought our seats to an upright position — voluntarily! Now that’s engaging. From there, the alumna of The Bold and the Beautiful spent 20 minutes proving that she was born to be a romcom superstar. Whether she had Ronnie trying in vain to conceal her disappointment at losing a job at a real airline, attempting to join the Mile-High Club with a handsome passenger (“That’s wet! That’s wet!”) or deciding to give her would-be hookup a second chance after learning that he wasn’t married but separated, the actress spun the moment with a finesse that was every bit as impressive as Captain Dave’s display of Muay Thai prowess. 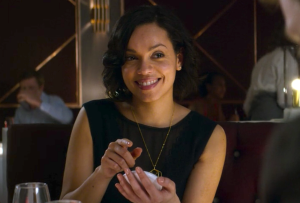 HONORABLE MENTION | Black Mirror‘s “Hang the DJ” episode was all about true love — and we truly fell in love with Georgina Campbell, who positively sparkled in a breakout role. Campbell played Amy, one half of a cute couple matched together all too briefly by an immersive dating algorithm that dictates every tiny aspect of their courtship. It was basically a futuristic rom-com, with Campbell establishing effortless chemistry with co-star Joe Cole… and athletically displaying the plentiful carnal pleasures of this world, too. And when Amy and her beau were ultimately forced apart by technology, Campbell’s fierce passion as they rebelled against the system to reunite was swooningly romantic. We’re 99.8 percent positive that Campbell is going to be a star, based on her enchanting work here. 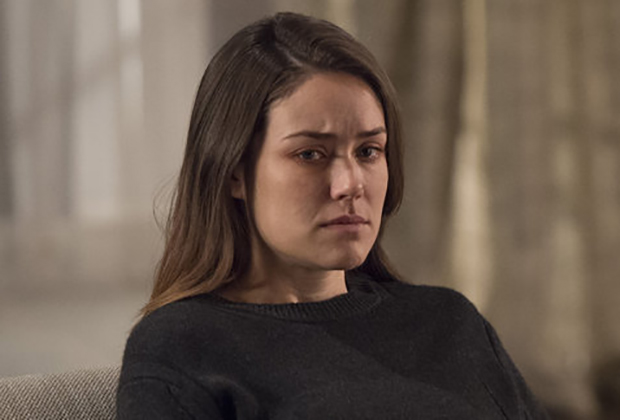 HONORABLE MENTION | The Blacklist‘s winter premiere was a tall order for leading lady Megan Boone to fill, seeing as the hour was dedicated to Liz’s tumultuous grieving process in the wake of Tom’s death. But Boone rose to the occasion and then some, delivering series-best work in an episode where she appeared in almost every frame. Though Liz’s vulnerable moments were of course heartbreaking — particularly her tearful visit to Tom’s grave — it was her transformation from unmoored widow to confident, vengeful woman where Boone’s performance was most impressive. Liz might not be quite as healed as she thinks she is, but we’re sure enjoying watching her get there.