Sixteen defeated designers returned to the workroom Thursday for the sixth season of Project Runway All Stars to take one more shot at success — and a few shots at one another along the way.

Following a rowdy fashion-related relay challenge, the rookies were tasked with designing a “fierce!” fall collection, while the veterans were given an equally “fierce!” spring collection to create. It wasn’t the most exciting premiere — for a major team challenge, there was surprisingly little designer-on-designer conflict — but as always, it gave us a pretty good idea of what to expect from the rest of the season. 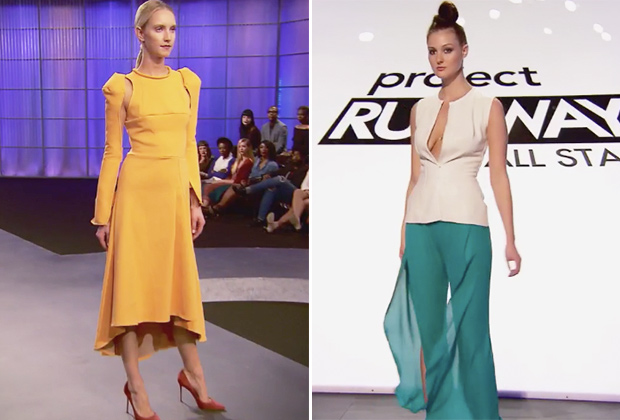 “We had major issues with the choices you made this week,” Milano told Casanova before giving him the boot, reminding him that he’s done this before and that there’s “no excuse” for this kind of work. (Ouch.)

Your thoughts on the Season 6 premiere? Casanova’s elimination? Grade the episode below, then drop a comment with your full review.