Do you feel the Thunder?

Ahead of its Tuesday, Jan. 16 series premiere (leading out of The Flash), The CW’s Black Lightning has released a first look at a second costumed crimefighter whose origin is hinted at in the early episodes.

In the upcoming DCTV series, Cress Williams (Hart of Dixie) stars as Jefferson Pierce, a high school principal who is prompted to resurrect the superhero persona he laid to rest years ago, when the nefarious Tobias Whale improbably resurfaces.

Among the ensemble cast, Nafessa Williams (Code Black) plays Anissa Pierce, who works as a teacher at her dad’s school (where her sister Jennifer is a student). But as teased in the first episodes, there’s something special about Anissa as well — and based on the photo below, she seems poised to channel that and bring some Thunder.

A young gun with a quick fuse, she’s uptight and wants to let loose…? 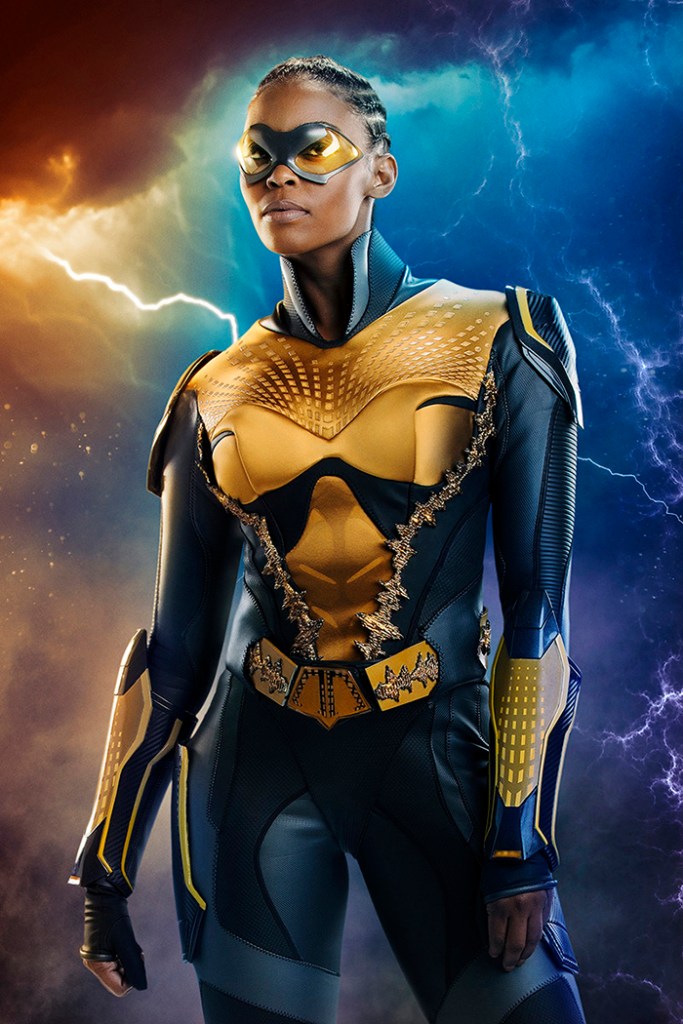