Chicago Fire is giving Brett and Antonio a second chance at love.

The paramedic and the P.D. detective broke things off last season when his complicated family situation became too much for Brett. (Nothing like his ex-wife yelling at you at your workplace to ruin the romance.) But the fall finale’s traumatic cliffhanger, in which Antonio’s father was stabbed, will bring the pair back together during the show’s January return.

“Because of what happened to Ramon, Antonio shows up at the hospital and sees Brett for the first time in a long time,” showrunner Derek Haas previews. 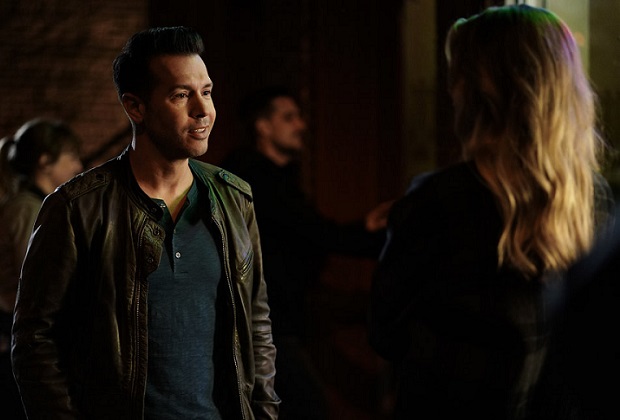 Although the spark is rekindled, the reunion won’t be a repeat of the ex-couple’s past courtship. “I think what’s different about the relationship [this time] is Brett,” says her portrayer, Kara Killmer. “The first time around, she was a little too attached to outcomes to realize how complicated the situation really was. So I think this time around, she’s trying to be a little bit more laid-back and just enjoying him, as the women of America want to.”

As for how long Brett will get to enjoy Antonio, “it’s a little two-episode thing, but then there’s more coming,” Haas reveals.

“[There’s] a little bit of a break where you think, ‘Oh, that was short,’ but it’s not going to be as short as the audience thinks,” he adds. “I know our audience well enough to know after the events of Episode 8, they’re going to be like, ‘Why would they give us this if they’re not giving us more?!’ And then there will be more.”