There’s something very important that Chicago Fire‘s Dawson and Casey haven’t discussed in a long time: starting a family of their own.

The married couple almost became adopted parents to little orphaned Louie last season before the tot’s father came back into the picture. Despite their willingness to take in the young boy, they aren’t quite ready to have a baby, showrunner Derek Haas says.

“We’re not fully there yet, at least through the first half of the season,” Haas tells TVLine. “They’re still so young in their marriage. I think part of the attraction is that you can build your own relationship first before you start the family.”

Haas also notes that Dawson and Casey “were at different places in their lives when they wanted children earlier.” And after losing Louie, who was so dear to their hearts, they need to “take a little time for themselves.” 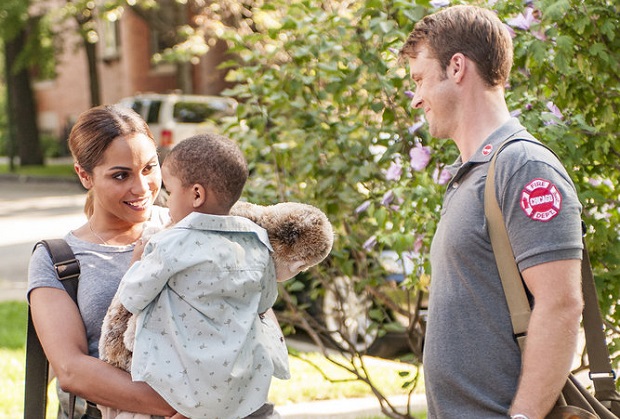 However, that doesn’t mean the topic of kids won’t rear its head this season. “It comes up again,” star Jesse Spencer reveals. “The Louie storyline will come back in a different way. Those feelings will resurface. She did lose a baby, and then we had Louie, and then we lost him,” so the subject matter is “sort of ‘the monster in the closet’ a little bit, but in a good way. But there’s a lot of pain and emotion associated with that.”

Spencer is hopeful that the couple will one day overcome those past heartbreaks. “I would love to see them start their family, outside of the firehouse family,” the actor says. And although he admits that now is not the right time given the stress of Casey’s recent promotion, Spencer believes that the captain does yearn to be a father.

“That’s always been there since Casey and Dawson got together from the start,” he adds. “They’ve always been a really solid couple, so I think that’s a natural progression. I know the fans want to see it. I want to see it, too.”