It appears Roseanne Conner will be contending with a much fuller house when Roseanne returns to ABC this March. As these exclusive images all but confirm, Darlene is indeed moving home — and she’s bringing her two kids with her. 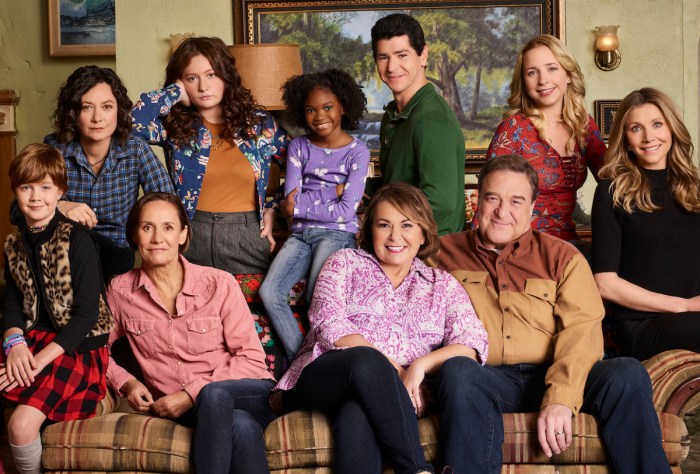 The character of Harris was first introduced to viewers in Season 9’s 19th episode, when Darlene delivered the baby very prematurely. The original casting breakdown for Harris described her as a hellion and the spitting image of her mother — in appearance and attitude (although we hear the character veered somewhat from that initial conceit). Mark, meanwhile, is described as a “sensitive and bright” kid who occasionally dresses in girls’ clothing. (Little Mark is, of course, named after David’s older brother in a fitting tribute to Glenn Quinn, who died in 2002.)

It’s not clear what prompts Darlene to return home (or how long she plans on staying), but it’s safe to assume it has something to do with her presumed estrangement from hubby David (once again played by Johnny Galecki, who will be back for an episode.)

The network last Friday announced that Roseanne will return with a special one-hour premiere on Tuesday, March 27 at 8/7c. It will then continue airing Tuesdays at 8, with current time slot occupant The Middle shifting to 8:30 pm as of April 3. 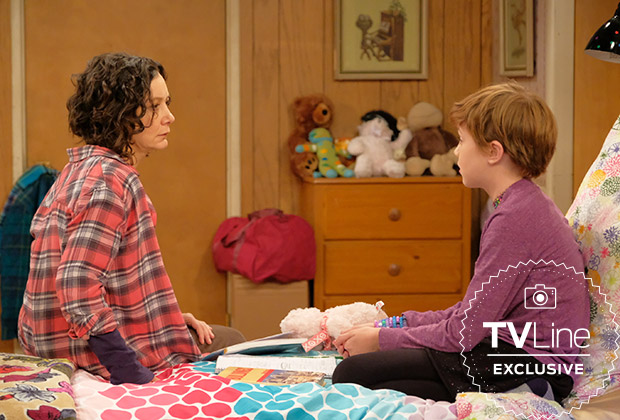 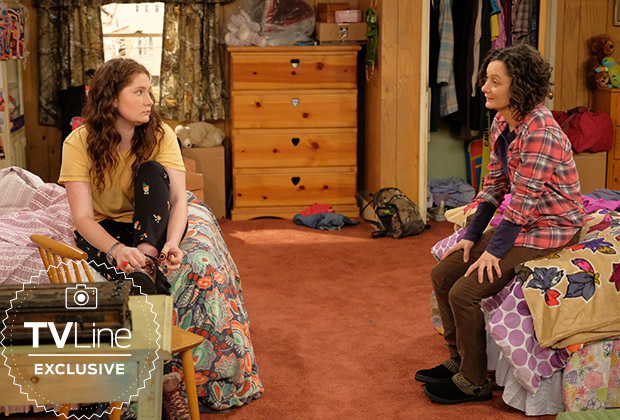