Looks like Lydia’s gonna have to settle for her daughter bringing home a hunky EMT.

TVLine has your exclusive first look at One Day at a Time Season 2 (releasing Friday, Jan. 26 on Netflix), featuring 2 Broke Girls alum Ed Quinn as Penelope’s new love interest: an emergency medical technician who, coincidentally, happens to be named Max, just like his former sitcom fiancée.

As it turns out, Penelope and Max have a bit of a history, having served together while stationed in Kabul. Sparks fly when they’re reunited at the hospital, as seen in the above photo from Episode 3.

Scroll down for another new photo featuring an all suited-up Elena and little brother Alex, then hit the comments and tell us if you’re looking forward to Season 2. 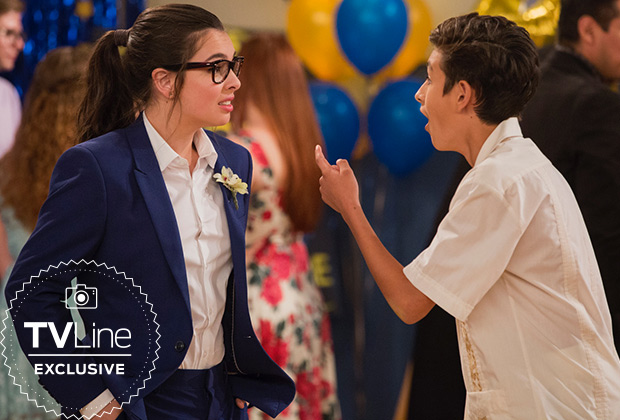