Birds of a feather… look damn good together.

Warner Bros. Television on Friday released the first image of Alan Ritchson and Minka Kelly as crimefighting duo Hank Hall (aka Hawk) and Dawn Granger (aka Dove) from the upcoming DC drama Titans.

Titans — executive-produced by Akiva Goldsman, Geoff Johns, Greg Berlanti and Sarah Schechter — follows a group of superheroes in training, assembled by Robin (played by Brenton Thwaites), who steps out of Batman’s shadow to serve as the team’s leader. The show will premiere in 2018 on DC’s yet-untitled streaming service.

This marks three members of the Titans team to have been revealed in photo form; we previously got a first look at Dick Grayson (aka Robin) in costume. Like Robin’s suit, Hawk’s and Dove’s were also designed by Laura Jean Shannon, whose work has been seen on screens both big (Iron Man) and small (The CW’s upcoming Black Lightning).

Check out Hawk and Dove in all their glory below, then drop a comment with your critique of their looks: 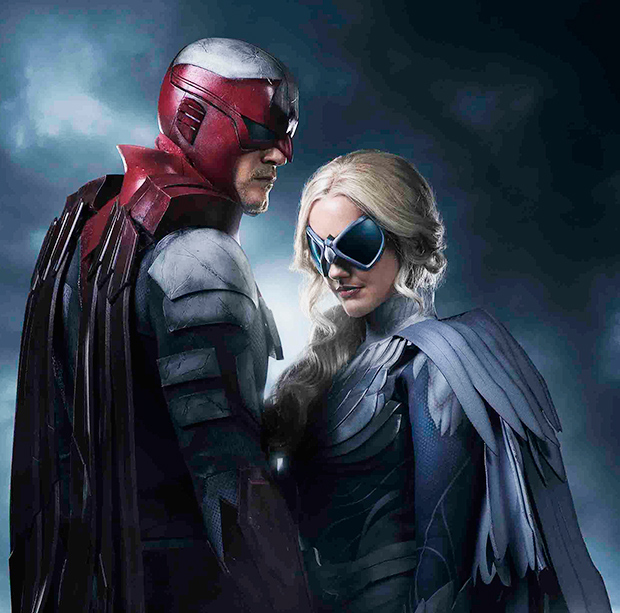