Since we already pretty much knew that The Voice was heading for a Chloe Kohanski/Addison Agen showdown in next week’s finals, there was nothing to do during Monday’s performances by Season 13’s Top 8 but sit back, chillax and enjoy. With last week’s elimination of Ashland Craft and Shi’Ann Jones, the likelihood of a sonic train wreck was greatly reduced. And the remaining singers were ordinarily all, even on an off night, decent. Which of them stood out, though, solidifying for themselves a place alongside Chloe and Addison in the finals? Read on; we’ll discuss. 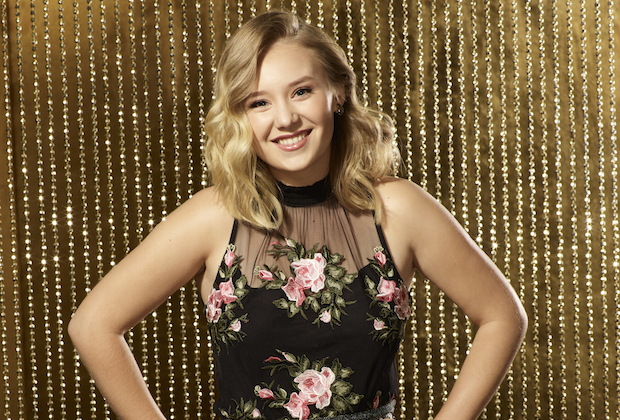 Adam Cunningham (Team Adam), “I’m Already There” — Grade: B+ | When Adam walked into rehearsal, his coach called him “the country artist that will not go away.” But what really had to be music to AC’s ears was the news that, from there on out, he could choose his own songs. So far, so good. Despite what I took to be sound-mixing glitches, the Lonestar heart-tugger gave Adam a chance to deliver some fine, soaring vocals and recast himself as a storyteller (a la Red Marlow). In the end, yeah, I felt as he hoped we all would — a bit “punched in the feels.”

Chloe Kohanski (Team Blake) and Noah Mac (Team Jennifer), “Wicked Game” — Grades: B (Chloe), B+ (Noah) | “This should be hot,” I thought aloud when Carson Daly announced that these two would be covering the sexy Chris Isaak single. And it almost was. The lightly disco-fied redo suited Noah’s voice to a T, but Chloe sounded like she was sorta singing a different song — like they hadn’t agreed on their vocal approach. The result wasn’t dreadful, but it wasn’t great or memorable, either. (I actually liked their Target Christmas number a lot better.)

Davon Fleming (Team Jennifer), “Gravity” — Grade: A | It didn’t seem on paper like the wisest decision for Davon to be doing a song as tame as this John Mayer ballad in the semifinals (especially after having to sing for a save last week). On stage, however… da-amn! Davon started off singing softly, silkily, and built to notes so big and powerful they had to have challenged the structural integrity of the auditorium. Moreover, he wasn’t just singing the song, he was to the marrow feeling it. JHud would have thrown a shoe, she said, had she not been too entranced to move. Methinks Davon earned himself a ticket to the finals. 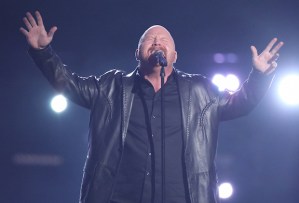 Red Marlow (Team Blake), “Go Rest High On That Mountain” — Grade: A | In rehearsals, Blake called the Vince Gill classic “a tall order.” But the toughest part for Red, the contestant suggested, was gonna be not getting misty-eyed on stage. In the moment of truth, he kept the tears in his vocal, an earnest thing of beauty (buoyed by a couple of terrific backing vocalists on the harmonies). So good, so polished that I suspected he’d just eliminated Adam Cunningham’s chance of reaching the finals.

Brooke Simpson (Team Miley) and Davon Fleming (Team Jennifer), “Earned It” — Grades: C+ (Brooke), C+ (Davon) | Call this duet Fifty Shades of OK. Neither Brooke nor Davon sounded atrocious, per se, but for most of their Weeknd cover, it didn’t seem like the song played to their strengths. (And shouldn’t a duet work amazingly well for at least one of the people singing it?) When finally the pair got to really cut loose and wail at the end, the number came alive, but by then I was looking forward to hearing their Christmas jingle instead as we cut to commercial.

Keisha Renee (Team Blake), “What Hurts the Most” — Grade: A | After getting a pep-talk phone call from Rascal Flatts, Keisha took to the stage and delivered what might have been my favorite performance of hers ever. I couldn’t tell you if her rendition was country, soul or that hybrid genre that she wants to make her own, but whatever it was, it worked beautifully for her. The massive vocals that I’ve so often thought she could stand to dial back a notch… they fit fantastically here. Country purists might disagree, but for my money, this was spot on.

Red Marlow (Team Blake) and Adam Cunningham (Team Adam), “Can’t You See” — Grades: A (Red), A- (Adam) | I have nothing against this golden oldie by the Marshall Tucker Band, but before the country boys performed it, I wondered if it was going to be anything more than fun. It didn’t seem to invite the kind of harmonizing I suspected they’d do amazingly. On stage, they almost immediately proved me wrong. (Maybe they should start a band, as they joked.) They sounded as at-home as a coupla pigs in a sty and played off one another like they’d been doing it all their lives. 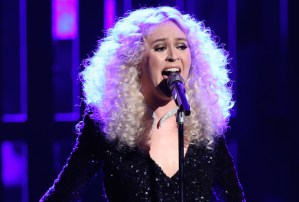 Chloe Kohanski (Team Blake), “I Want to Know What Love Is” — Grade: B | The bar for this Foreigner classic was set pretty high by Hunter Plake’s Season 12 version (which mercifully held the cheese). But Chloe came to rehearsal with a cool idea to combine a “Landslide” moment with a “Total Eclipse of the Heart” moment. The result? A rendition that was at turns as intimate as a whisper and powerful enough to rattle the cheap seats. Blake insisted that she’d just demonstrated the most iconic voice that they’d ever had on the show. I — and, I bet, any other Chris Blue fans out there — would beg to differ. (And unlike Chloe, he never sounded like he’d lost his voice entirely mid-song.)

Addison Agen (Team Adam) and Keisha Renee (Team Blake), “Strong Enough” — Grades: A (Addison), B (Keisha) | Hmm… this wasn’t so much a duet as it was two versions of the Sheryl Crow song thrown up on one stage at the same time; it really never felt like Addison and Keisha were singing “together.” The spare arrangement worked better for Addison than Keisha, who here might have been wise to — yeah, I’m going back to that broken record again — tone down her vocals a little. But it wasn’t unpleasant, just not a well-synchronized matchup.

Noah Mac (Team Jennifer), “River” — Grade: A+ | If Noah nailed this slice of badass alt-rock from Bishop Briggs, his place in the finals would be absolutely secure. It’s the kinda banger that, when done right, leaves a listener with chills. On stage, he brought to life what he called the modern-day “Eye of the Tiger” with a passion that was contagious. And that growl! Yeah, chillsville. By the time he’d rocked his way to a drum to bang out a few beats, I was starting to thinking maybe Season 13 wasn’t necessarily going to end up with an Addison-vs.-Chloe showdown after all. 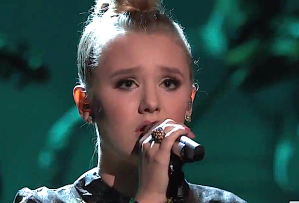 Addison Agen (Team Adam), “Both Sides Now” — Grade: A+ | After Addison’s superlative rendition of “A Case of You,” we all knew how this was going to go. Two words: freakin’ gorgeously. I scarcely know what else to say. I’ve never heard anyone sing Joni Mitchell that beautifully but Joni Mitchell. And, even when Addison’s all dolled up, as she was for this performance, there’s not a trace of artifice to her. She’s just a girl standing in front of an audience asking us to listen. What can we do in response but say “yes” and, once we’ve heard her, “thank you.” She may not win Season 13 — I can only hope — but she’s definitely emerged as my favorite. She’s just a step beyond.

Brooke Simpson (Team Miley), “Faithfully” — Grade: A- | Unless Brooke and Miley were going to significantly rearrange the Journey hit, the performance ran the great risk of coming off karaoke. Aaand… they took the risk, sending Brooke on stage with a version that was fairly true to the original. But here’s the thing: That voice of hers is so nuanced and emotional that, even though her cover didn’t break a lot of new ground, it lifted the performance at least 20 steps above karaoke. And that mammoth ending? That’s how you stop a show.

So, who did you think gave the best performance of the night? Which was your favorite duet? Vote in the polls below, then hit the comments.