We’ve got questions, and you’ve (maybe) got answers! With another week of TV gone by, we’re lobbing queries left and right about shows including Lucifer, Empire, Supernatural and Psych: The Movie! 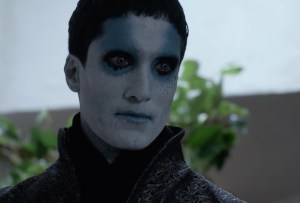 1 | Does Agents of S.H.I.E.L.D.‘s Kasius allllmost look like if he wiped off his “make-up,” he could be Grant Ward? And has Yo-Yo officially become the most charming “speedster” on TV?

2 | How come The Walking Dead’s Eugene is more reluctant to get Dwight killed than, say, Rosita? Why wouldn’t Rick have taken backup for his junkyard powwow with Jadis? And how gullible are the Scavengers to have taken seriously threats issued by somebody who’d make that boneheaded a move?

3 | After watching this week’s dire Last Man on Earth focused on Jasper and the newborns, is it safe to say the show made a huge, irreversible mistake adding so many kids in the first place?

4 | When was it most obvious that the Carol Burnett special had edited out/around Kevin Spacey? (Perhaps when the camera never pulled back to show us the curtain call’s entire line-up of guests?) And did the retrospective never name-check the iconic variety series’ Ernest Flatt Dancers?

5 | Why are The Gifted‘s missions always led by such a sparse group? All those other mutants milling around in the background at the way station… what are their powers — cat juggling?

6 | Does Lucifer‘s Dr. Linda ever have appointments with non-celestial patients? 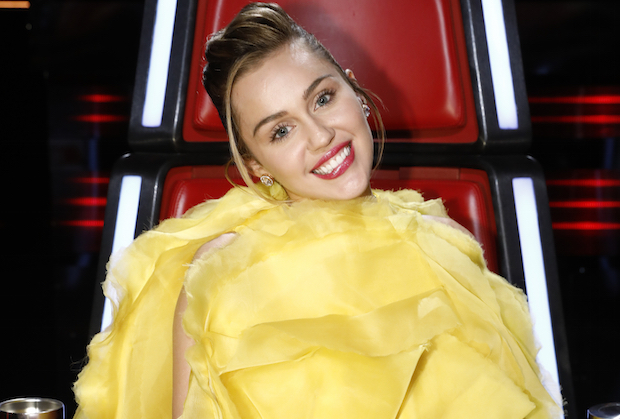 7 | Why did no one backstage at The Voice save Miley Cyrus from the Peep that appeared to have swallowed her whole?

8 | Could The Wall‘s special batch of Christmas-themed trivia questions have been any easier? Or asked differently: Could the daughter befuddled by many of the Qs have been any more maddening?

9 | Good Doctor fans, where do you think Shaun wandered off to in the fall finale? And is it safe to suspect that Claire’s patient will help save Kalu’s job, having heard everything that went down between Claire and Dr. Coyle?

10 | Given her new enemy’s Kryptonian connection, why didn’t Supergirl think to reach out to her Cousin of Steel for an assist? (Especially after letting him take a knee during, you know, last month’s Nazi invasion!) 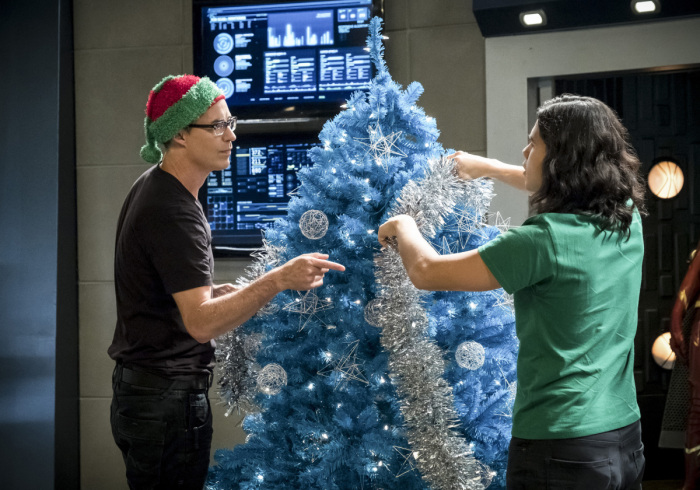 11 | The Flash‘s Cisco and Harry know that that is actually garland, not “tinsel,” they are squabbling about, right? What do you think Wally is doing in Cambodia? (They weren’t that specific about his latest MIA status for no reason!) On that note…

12 | What, Legends of Tomorrow‘s Jax isn’t simply visiting with The Flash‘s Wally in Cambodia?

13 | Did The Middle‘s milestone 200th episode feel incomplete without the likes of Brad, Sean and Lexie, all of whom are essential characters at this point? 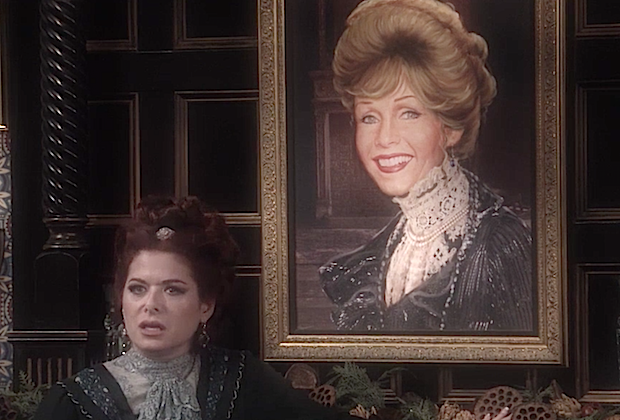 14 | How perfect a touch was it that Will & Grace‘s Christmas episode prominently displayed a portrait of the late Debbie Reynolds in a scene?

15 | Were you surprised Brooklyn Nine-Nine‘s 99th episode didn’t figure out a way to include Chelsea Peretti’s Gina, despite the actress still being on maternity leave? At the very least, couldn’t she have Skyped in?

16 | On Empire, how strange/odd/unfortunate is it that after being in a committed relationship for months (albeit one built on a big, fat lie), Jamal and Warren — who both professed to be madly in love with each other — never actually, you know, kissed until this week?

17 | Setting aside why Riverdale‘s Betty would do that striptease in the first place: How did we keep hearing her voice, even while she was dancing on the pole and clearly not singing? And wouldn’t the Serpents in the crowd be hooting and hollering at her, rather than watching in stunned silence? Finally, why does Archie even bother wearing a shirt? 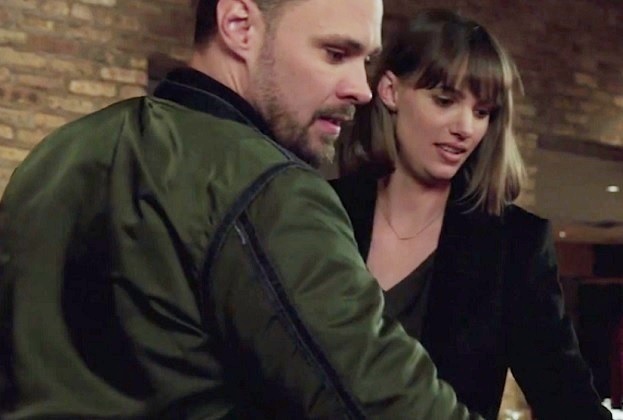 18 | Chicago P.D. fans, are you kind of hoping to see more of Ruzek’s lady friend? (She was smart, beautiful and totally chill about him suddenly calling out of the blue… for legal advice!)

19 | Admit it: Were you kinda glad that Gotham‘s Alfred wiped the floor with “bad boy” Bruce?

20 | Are The CW’s DC shows rubbing off on Supernatural, what with the alternate worlds and now possibly a dinosaur?

21 | Was the whole Team Arrow argument/privacy debate a bit overblown, given that Oliver merely GPS-tracked the noobs to suss out the snitch that was putting them all at risk of prison stints? And were you delighted or frankly disappointed that Black Siren showed a sliver of heart? 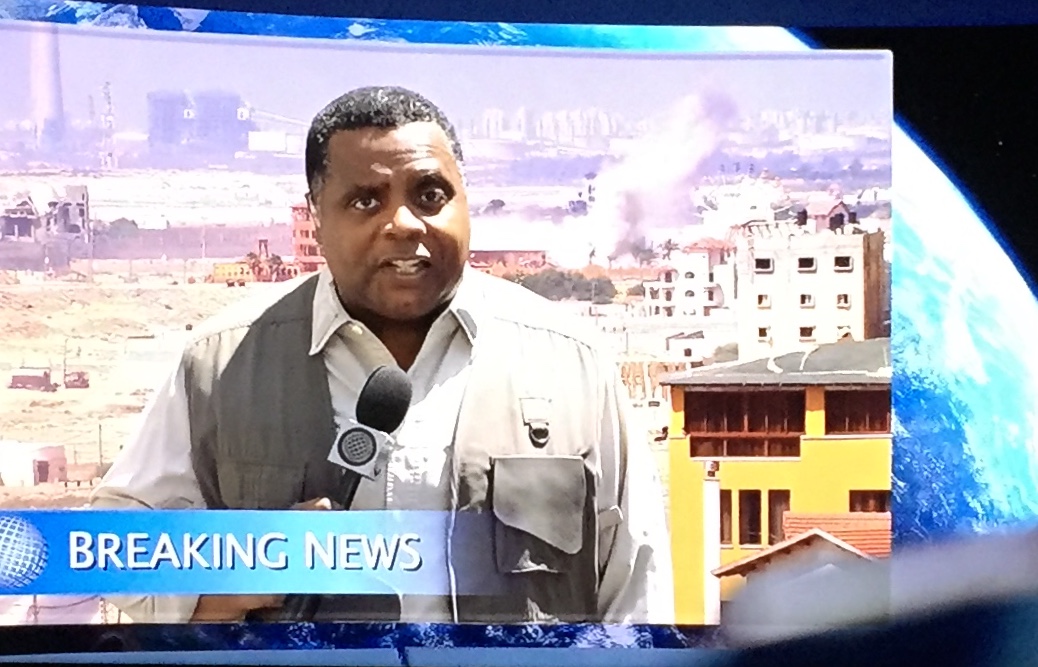 22 | Hey, is that Perd Hapley now reporting from other planets on The Orville?

23 | On The Big Bang Theory, how relieved are we that Sheldon and Amy didn’t go through with their quickie City Hall nuptials? Also, this serious-ish Raj/Howard storyline is long overdue, right?

24 | Which Psych: The Movie cameo put the biggest smile on your face?