Supernatural‘s fall finale on Thursday can be summed up thusly: What in the world…?! As in, what in the world lurks in the strange, new place Dean and Sam are stuck in?

Let’s rewind: Hoping to open a rift to the apocalypse world in order to save Mary, Jack enlisted the help of dreamwalker Kaia, aka the latest Wayward Sister. But it was Jack, Dean and Sam who needed saving when the angels came looking for Lucifer’s offspring. Even Sam’s warding couldn’t keep them away… but perhaps Kaia could help them escape to the apocalypse world? Her and Jack’s combined power propelled the young boy to Mary’s side, but Dean and Sam weren’t so lucky; they were transported to The Bad Place, a nightmarish world that has plagued Kaia, leaving her with literal scars.

At the close of the hour, the Winchesters were left standing in the middle of a dinosaur-like footprint in an alternate “alien” reality unlike anything ever seen on the series, co-showrunner Andrew Dabb and the episode’s writer Robert Berens describe below.

The duo also preview Jack’s eventual reunion with Lucifer and Mary’s feelings about her rescuer. 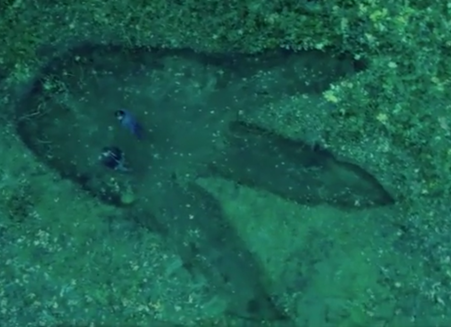 TVLINE | What kind of world have Dean and Sam found themselves in? The imagery would suggest prehistoric.
ANDREW DABB | I think the imagery is about right. We’ve seen an alternate world once already this year in apocalypse world, which is pretty much like our world, but an apocalypse happened to it. The world Sam and Dean go into at the end of Episode 9 is something much different, something much more alien. We’ve seen in Episode 9, and we will continue to see in Episode 10, the things that are there are bigger and badder and weirder and grosser than anything we’ve seen on Supernatural proper. It’s essentially an alien planet. That’s how we’re kind of treating it, and the big footprint is just the tip of the iceberg.

TVLINE | The Bad Place got name-checked a lot in this episode, and we saw a lot of disturbing imagery. Was that hooded figure also part of The Bad Place?
ROBERT BERENS | Yes. The world of Supernatural this season is very engaged in the apocalypse world of the archangel Michael. The Bad Place, [which is] the place that Sam and Dean are at the end of Episode 9, is the kind of proprietary nightmare world of Wayward and the spinoff [backdoor pilot] in Episode 10. We’ll be exploring that hooded figure, the giant monster we heard in the background of the last scene, as well as all those other critters.

TVLINE | Can you clarify: Did Kaia end up in our world, just in a different location?
BERENS | Yes. When Jack and the boys enlisted Kaia at the end, I think Jack was riding high off of some of his successes and his acceptance by the boys… It was a desperate move to get out of there, but he thought it could have a good outcome. But the truth is there’s a lot Sam and Dean and Jack don’t understand about Kaia’s relationship to this place, about The Bad Place, and that cosmic accident at the end of Episode 9 is a consequence of all that stuff they don’t know and understand. So in a way, Kaia was recoiling from this place that has this nightmarish grip on her and her dreamwalking, and she was slingshot back out of this event as it occurred. Sam and Dean were flung into The Bad Place, [while] she was being pulled back, and Jack was flung to apocalypse world.

TVLINE | Speaking of Jack, he’s in the apocalypse world with Mary — but will she be happy to see him considering she doesn’t have the best history with his father, Lucifer?
DABB | I don’t think much is going to make Mary happy at the moment. She’s not in a real happy place. As much as Mary has a bad history with Lucifer, Mary has a good history and a nice bond with Kelly. I think Mary — after she realizes who she’s dealing with and some suspicion — is willing to give him the benefit of the doubt. But certainly, she’s not going into this with her eyes closed. She’s not going into this automatically an ally, let’s put it that way. And obviously, the Lucifer angle will continue to be a real question mark [with] Jack, because as he’s said on the show and we’ve kind of intimated, there’s a part of him that’s closer to Lucifer than I think he, Sam and Dean, or anybody else wants to admit right now. 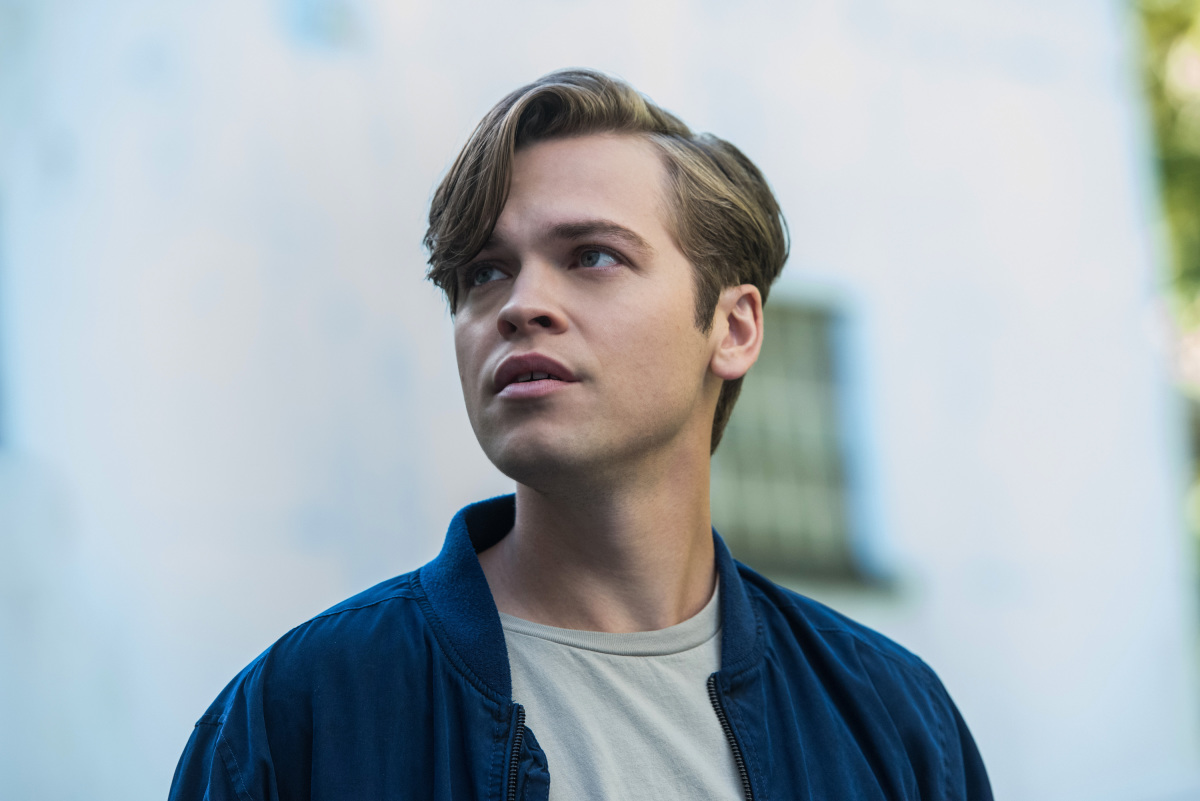 TVLINE | Jack said that Lucifer isn’t anybody to him, that Winchesters and Cas are his family, which I can’t imagine Lucifer will be too happy about if he ever finds out. Can you talk about what’s ahead for that dysfunctional fatherly rivalry, so to speak, between Lucifer and Cas?
DABB | What Jack said, he believes in this moment. He’s never met Lucifer, although I think there are some parts of Jack that maybe are a little bit closer to Lucifer than he’s let on at this point. … When Lucifer and Jack are reunited — and that’s something we’ve been building toward and continue to build toward for a big part of our season — it represents a real sea change in terms of Lucifer’s character, in terms of Jack’s character and in terms of Jack’s dynamics with Sam, Dean and Cas. That’s something on the horizon.

Stay tuned to TVLine for more Supernatural and Wayward Sisters scoop! In the meantime, grade the fall finale via the poll below, then hit the comments to back up your pick.